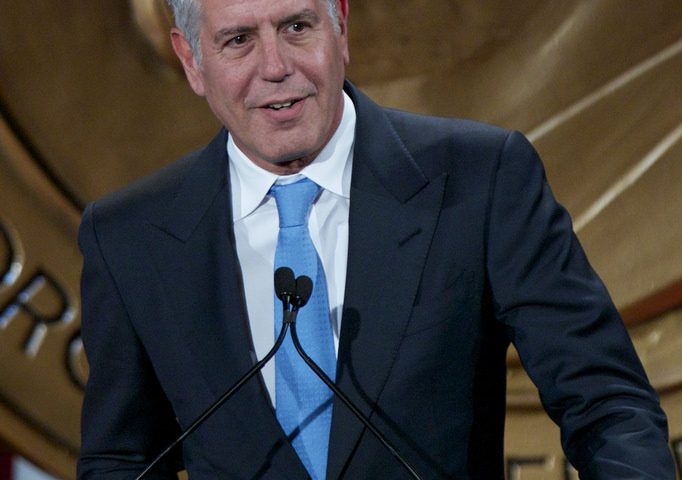 Dear Father, CNN celebrity chef and author Anthony Bourdain has committed suicide. It has been reported that the 61-year-old former executive chef at Brasserie Les Halles hung himself in a hotel in Strasbourg, France. He had three television shows on the Food Network and CNN over the last 16 years. Anthony was known for his profanity on his television shows, his consumption of exotic food, his drug and tobacco abuse, and his criticism of other chefs. Twice divorced, he leaves behind his 11 year-old daughter Ariane and his girlfriend, actress Asia Argento. His death comes a few days after the suicide of famed fashion designer Kate Spade. Kate became famous in the 1990s after she launched a new line of women’s handbags. She left behind her husband Andy Spade and a 13-year-old daughter Frances. Father, we ask that You comfort both Ariane and Frances today as they deal with the loss of one of their parents. May this season of grief lead both of these young girls into the discovery of Your amazing love for them. Rescue them not only from grief today but also hopelessness in life. Give them a purpose to live for that is in alignment with Your will. I ask that both of these girls will become women with testimonies of Your transforming love. Father, these two celebrity deaths come on a week when the Center for Disease Control released a study stating that suicide has increased 30% since 1999 in half of the states in America. Suicide is now the 10th leading cause of death in our country. Father, now is the time hurting people across this nation need believers to share their stories of how You rescued them from moments of despair. We need stories of the transforming love of Jesus Christ. However, the majority of people in the church are silent, too afraid to share the only hope that can truly deliver people from despair. Father, wake Your church up! Wake up churches in every state in this nation! Wake up churches in every denomination! Wake up churches in every city! Tell them, “No more fear! People need to know what I’ve done for You!” Father, forgive Your church today for our silent indifference to the despair in our local neighborhoods. I ask that You will spare lives today. Choose ten people who are on the verge of committing suicide and orchestrate their rescue. Save their lives today and save their souls tomorrow. May those ten people become dynamic witnesses for the love of God to this world. Amen.

Dear Father, the Group of Seven (G7) Economic Summit will be held in Quebec City, Quebec. It is the annual meeting of the leaders of Canada, France, Germany, Italy, Japan, the United Kingdom, and the United States to discuss economic policy. These seven countries represent over 60% of the world’s wealth. This year’s meeting will be held in the midst of a controversy centering on recent tweets made by President Trump. Trump has lambasted Canadian Prime Minister Justin Trudeau and French President Emmanuael Macron for the tariffs Canada charges to US dairy farmers and the European Union’s $ 151 billion trade surplus with the U.S. In retaliation, Trump has stopped the exemption of Canada, the European Union, and Mexico from U.S. tariffs on steel and aluminum. Father, I ask that You will intervene in this economic summit. Repair broken relationships. Strengthen the bond between these countries. Give the leaders wisdom to negotiate trade agreements that are beneficial to all the countries. May Your will be done in Quebec City. May the small business owners in each of the countries be the recipients of the good will these countries agree to during the summit. Keep the leaders safe during their meeting. Amen.