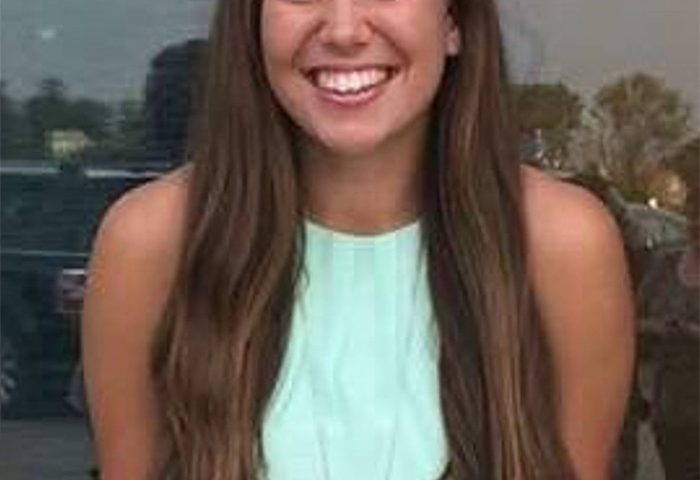 Dear Father, the 2018 NFL season, the 99th in league history, has begun. All 32 teams competed in pre-season play last night. Father, I ask for the following regarding the upcoming season. First, protect every player from a catastrophic injury. Players will be injured but I ask that none of the injuries will be so severe that the player cannot recover. Second, I ask for Your blessings on the work of every chaplain in the league who represents You. Father, make them effective. Help them to give godly direction to players who are searching for meaning and purpose greater than mere victory the gridiron. Father, use this NFL season for Your purposes. May the NFL serve You this year, whether it realizes it or not. Amen.

Dear Father, two men are battling for the right to represent the Republican party in the November 6, 2018 election for governor in the state of Kansas. Incumbent Governor Jeff Colyer is trailing Kris Kobach by just a few votes as election officials in the state carefully study each vote cast in the August 7, 2018 primary election. As the Secretary of State of Kansas, Kris has the responsibility to oversee the counting of votes, thereby creating a conflict of interest situation. Mr. Kobach, who was endorsed by President Trump, removed himself from the process yesterday to assure Kansas residents that the election counting is fair and unbiased. Mail-in ballots and several thousand provisional ballots still need to be counted. The process must be completed by August 20th. Father, may the man of Your choice represent the Republican Party in the November Kansas gubernatorial election. May the candidate of Your choice, regardless of their party affiliation, win that November election. More importantly, I ask that both Governor Colyer and Secretary of State Kris Kobach be drawn into a personal relationship with You. Work in both of their lives in such a way that the men experience Your incredible love for them. May the experience transform their hearts and minds. Let the people of Kansas witness the impact the Holy Spirit has on either or both of these men once they surrender their lives to You. Amen.

The Pledge of Allegiance

Dear Father, the Atlanta Neighborhood Charter School of Atlanta, GA is the news because they announced a new school policy to stop the morning all-school recital of the Pledge of Allegiance, replacing it with a policy for each classroom to individually recite the pledge. The policy was enacted in response to the complaints of parents who did not want to force their children to participate in the recital of the pledge. However, many other parents complained about the new policy. Conservative politicians lambasted the decision, threatening to re-evaluate federal funding for the school. The state Department of Education requires the recital of the pledge by the entire school in the morning. The school administration reversed their policy yesterday, ending the dispute. The parents of each child will continue to have the option to ask that their children not participate in the recital, a policy dating back to the 1943 Supreme Court decision in the case of West Virginia Department of Education v Barnette. Father, I thank You for the United States and how this nation has been the home of churches from coast to coast who have shown mercy and compassion for generations to people in need. I ask that this nation will continue to support the charitable and missional work of churches so that people in every community can be rescued from despair. However, I also ask that each person who claims Jesus Christ is Lord will pledge allegiance to the mission You have given us to do – to represent Your amazing grace to a world that is lost. May no one who says they are a follower of Christ be negligent in their responsibility to love their neighbors. Amen.

Dear Father, the Norwegian Directorate for Health and Social Affairs is moving forward with an experimental project to give free heroin, under medical supervision, to 400 addicts who are the most seriously addicted. The idea behind the project is to prevent death from overdose and to cut back on crime. Father, I will not address the wisdom of this decision. However, I do ask that You save the lives of heroin addicts in Norway. Father, roam through that country and target men and women who are lost in addiction. Mark them to be the recipient of Your grace, mercy, kindness, generosity, and compassion. Create divine appointments where they will encounter Your love. Transform their hearts and minds. Deliver them from addiction. Get their feet on stable ground. Give them a testimony that will inspire other Norwegians to place their faith in You. Amen.

Dear Father, Elizabeth Sanders, 26, a Chillicothe, OH woman who was overdosing on heroin, gave birth to her son while in the bathroom stall of a Burger King. The baby was found by first responders in the toilet. Her male companion, Zachary Frey, 26, was found passed out behind the wheel of a running vehicle. The baby is expected to survive. Father, there are three individuals in this story who need Your compassion and mercy. Save this baby. Strengthen it. Give it good health. Give the baby a good home, a godly home. Introduce this baby to Your love at a very early age. May this baby be destined to touch many lives for Your Kingdom. Whether babies are found in mangers or in baskets on a river, You have a track record of taking babies from the most humble of circumstances and turning them into giants of faith. What more humble place can there be than a toilet at a Burger King restaurant? Father, have compassion on both Elizabeth and Zach. Rescue them from their heroin addiction. Introduce Yourself to them. May their lives be transformed by Your love. Father, deliver them from their emotional pain and give them a new heart to love You and to love others. Amen.

Dear Father, it has been reported today that the church in South Carolina is shrinking. The attendance at many churches is in decline and many churches are closing. Ninety-seven Protestant churches have closed since 2011. It has been estimated that over 80% of Southern Baptist churches are stagnate or in decline. This reflects a trend that is occuring in many states across the country. Father, it is not surprising. Many believers have made the decision that their faith is a deeply private experience between just them and You. They don’t need to care for their neighbors in need. They don’t need to share their testimony. They don’t need to be involved in their community. Millions of believers hunker down in the fortress of their local churches, hoping the world doesn’t intrude upon them. This is not what You designed for Your church. Your church can only thrive when it is engaged with the community, demonstrating the love of Christ. Father, reverse this trend by waking up believers across South Carolina and across the nation. Inspire believers to get involved in outreach ministry. Inspire believers to share their testimony. Inspire believers to truly dedicate their lives to You. Once they do that, churches will grow both statistically and in faith. Amen.

Dear Father, Mollie Tibbets, 20, a University of Iowa student, disappeared from Brooklyn, IA on July 18, 2018. She was last seen jogging about 7:30 pm. She failed to show up the next day at her job at a day care center. She had been living in her boyfriend’s home, caring for his dogs, while he was working on a construction site 100 miles away. The boyfriend and his roommates have been cleared of any involvement in the disappearance. Authorities have pursued other leads but, as far as the public knows, those leads have not led to her whereabouts. Father, first of all, we pray for the rescue of Mollie if she is still alive this hour. Deliver her. Free her from this nightmare. Return her to her family and loved ones. Father, if she is no longer with us because of criminal activity, we ask for justice. May those responsible for any crime in this situation be caught, tried, and convicted. Father, use this nightmare to draw her family and friends into a personal relationship with You. Use this situation to lead them to prayer and to a greater trust in You. Father, turn this situation into something that gives You praise and gives many people hope and peace in their lives. Amen.