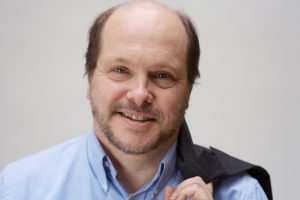 Few would disagree. America is divided. Progressive versus liberal versus moderate versus conservative. Racism. Bigotry. Violence. Broken homes. Broken lives. Communities in crisis. America is in need of prayer.

There are no doubt thousands of believers who are praying for our nation. They are praying for revival. I thank God for those prayers. However, my heart has been touched in a different way. I don’t want to pray for a specific ideology or political agenda. I want to pray for the heart of the people in the news. While many dislike President Trump, he is a human being who has spiritual needs. While many others dislike Hillary Clinton, she is a human being who has spiritual needs.

Is there a way to pray for people in the news without taking sides? Can I pray for Republicans and Democrats? Can I pray for the spiritual needs of Hollywood celebrities, journalists, corporate executives, and professional athletes? Can I imagine their private vulnerabilities and how their hearts might long for rescue? Is there a way to pray for people on opposite sides of the ideological fence that sets an example for how the love of God can nurture a spirit of mutual understanding? Can I pray for everyday people in crisis whose stories are covered in the news?

I’ve thought about it for awhile but, today, October 14, 2017, I’m going to commit to it. This is the page where the prayers will be posted. I will share links to these prayers on social media. I’ll try my best to rise above the conflicts to pray with compassion and grace for all whom God created. If I cross the line and express an ideological bias, I offer my apologies in advance. I do have beliefs and opinions, though I’ll try hard to keep them off to the side.

Rashida Tlaib Dear Father, U.S. Representative Rashida Tlaib, a freshman from Michigan, is in the news for firing a crude obscenity at President Trump while she […]

Indonesian Tsunami Dear Father, another killer tsunami has struck Indonesia around Christmas. Over 220,000 people lost their lives in the 2004 event. This tsunami was just […]

Maison Hullibarger Dear Father, the family of Maison Hillbarger, 18, of Michigan, is mourning his death on December 4th, the victim of suicide. Their mourning is […]

Sri Lanka Dear Father, Sri Lanka, formerly Ceylon, is an island nation in the Indian Ocean. There is some historical evidence to suggest that Sri Lanka […]

Prayers for the World Dear Father, my life has become so busy that I’m having difficulty maintaining this prayer blog as I would like. I’ve only […]

Miscellaneous Thoughts Dear Father, I’ve been browsing the news headlines on various websites tonight. News is breaking out all over the world but I’m not finding […]

Armistice Day Dear Father, World War I came to a halt on November 11, 1918 at 11 am when the Allies and Germany signed an armistice. […]