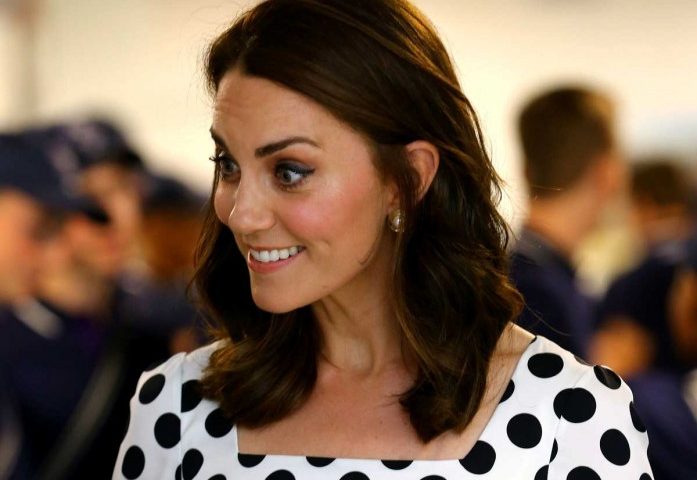 Photo of Kate Middleton by Reuters

Dear Father, as You know, Linda Sarsour is a political activitist, an advocate on behalf of American Muslims. She was also a co-chair of the 2017 Women’s March, a gathering of 3-5 million women in various cities to protest the Trump Administration and to advocate for progressive causes. She is considered a leading voice for feminism, though she has been criticized for her support of Moslems who treat women as second class citizens in their countries. She supported the Black Lives Matter movement after the shooting of Michael Brown in Ferguson, MO. She has also supported Colin Kaepernick’s national anthem protest in the NFL. A Democrat, she favored Bernie Sanders in the 2016 Presidential Election. Father, I know You deeply love her. Why? You created her. You have Your own purpose for her, made clear by her survival of a serious car accident in 2005. You have given her the communication skills that she is using to advance her progressive agenda. Father, I ask that she has a personal encounter with the compassion, mercy, and grace of Jesus Christ. May her life be spiritually transformed. May all of her oratory skills be used one day to speak of her love for You and the testimony You have written in her life. In the meantime, may she be used by You to do good works, such as when she helped to raise money for a vandalized Jewish cementary in St. Louis. Meet her needs and may she know it is You who does so. Amen.

Dear Father, Chris Matthews is the host of Hardball with Chris Matthews on MSNBC. He has had a long career working for Democratic politicians or advocating for their progressive policies in print and on television. He has often considered running for office. Father, You have been good to him. You helped him to survive malaria, diabetes, and pneumonia. He has been married for 37 years to Kathleen and they have three children, two boys and a girl. It has recently been reported that Chris was accused in 1999 of sexual harrassment and that CNBC, his employer at the time, settled with his accuser for $ 40,000. Father, Chris is human like the rest of us, susceptible to bad decisions and foolish behavior. Father, I ask that he has a personal encounter with You. May he experience Your compassionate love, grace, and mercy. Transform his heart, soul, and mind. May his communication skills and his intelligence soon be focused on the advancement of Your Kingdom. Protect him and his family, especially as they deal with the fallout from the public discussion about his alleged 1999 encounter with a woman. Amen.

Dear Father, Track Palin is the oldest son of Sarah Palin, the 2008 running mate of Republican Presidential candidate John McCain. Track has been arrested on felony burglary, misdemeanor reckless assault, and misdemeanor criminal mischief charges. The charges are all related to domestic violence. It has been reported that Track’s behavior changed after his deployment with the military and that he is now suffering from post traumatic stress disorder. Regardless of the cause, Track needs You, Father. If these reports are true, he is hurting deep inside. He is frustrated with life. He is feeling powerless and overwhelmed with life. I pray that You will reach out to him this very day. May he experience Your love in a life transforming way. Give him peace of mind and joy in his heart. Put him on stable ground and enable him to rebuild his life. I ask that in years to come he will be sharing a testimony of how 2018 was the year that You rescued him. Amen.

Dear Father, Kate Middleton is the wife of Prince William, Duke of Cambridge, the second in line to be King of England. She may one day be the queen consort. Father, I am obviously not aware of her private life. I only have access to the information that is reported by the news. However, I thank You that Kate appears to have a reputation for being a woman of dignity, respect, and honor. There is no hint of scandal in her life. She is the mother of 4-year old Prince George and 2-year old Princess Charlotte. She is expecting her third child in April 2018. Father, I pray Your blessings on her pregnancy as she struggles with hyperemesis gravidarum, the formal name for severe morning sickness. Keep her strong and may she deliver another healthy child. Father, give her godly wisdom as she mothers these three children. The family is saturated with wealth, fame, and power, three threats the make humble faith in You difficult. I pray that You will speak to Katherine. May she hear Your voice. May it guide her thoughts. May she experience a longing for faith in You. May she discover You and may her heart be transformed. May she become an advocate for the advancement of faith in You throughout the United Kingdom and the Commonwealth. Amen.

Dear Father, I understand that a fire fighter named Cory Inverson was killed last Thursday fighting the Thomas fire in southern California. His funeral was yesterday. Father, I pray for all those who grieve his loss today. Father, comfort them. Provide for them. Protect them. May Your church demonstrate to his loved ones the love, compassion, mercy, and kindness of Jesus Christ. Walk with them through the grief and write into their lives an amazing testimony of salvation, transformation, and deliverance. Amen

Dear Father, it was reported in the news today that a Wisconsin man has invested $ 140,000 so that his family can be frozen after their death. His hope is that at some point in the future medical technology will have advanced to the point that doctors will know how to bring back to life those who were frozen years or decades before. He has invested in the perservation of himself, his wife, and their three sons. Father, this story gives me sorrow. This appears to be a man afraid of death and he has encouraged his family to feel the same way. This is a man who values life in this world so much that he’d invest $ 140,000 to try to return to it one day. His action does not suggest he longs for an eternity with You in your Kingdom. Father, I ask that You speak into his life. Transform his heart. May He have an encounter with Your love. May He one day look forward to life after death, believing he can live in heaven because of what Your Son has done for him. Father, spiritually rescue the children and rescue his wife. May this family tell the world about the hope of life after death that comes through Jesus Christ. Amen.