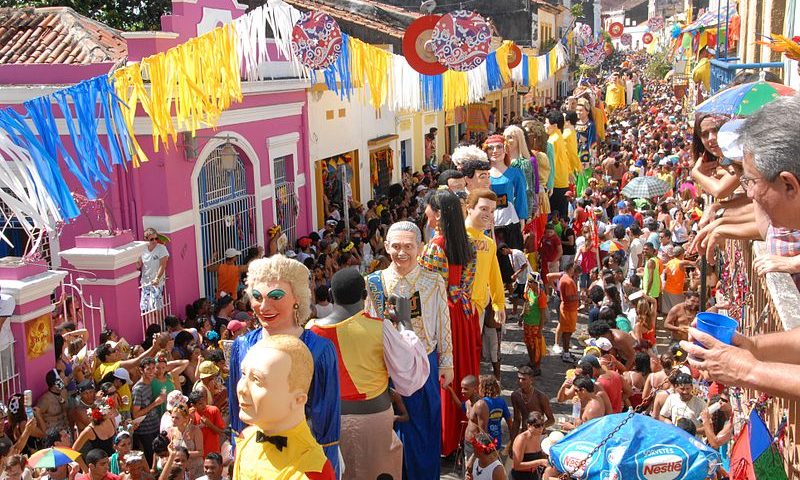 Dear Father, Brazil is experiencing significant difficulties. They have a lackluster economy, massive corruption, and a politically divided population. Their recent recession was one of the worst in modern history. Many business and political leaders have been convicted of corruption. The leading presidential candidates have either been convicted of corruption or support former dictatorships. Drug gangs battle on the streets, creating a wave of violence that has killed innocent civilians. In the midst of all of this tension, it is party time in the country. The annual Carnival occurs just before Lent, a period of 40 days before Easter when Roman Catholics in Brazil will exercise more restraint and self-control in their conduct. The carnival gives the people a chance to sing and dance and let loose before they need to deny themselves. It has been suggested that the carnival has increased importance this year because of the problems the country is facing. It is a time for joy and unity through partying, easing the tension in the population. Not everyone wants to party this week. There are groups that use the carnival as a stage to advance their political agenda. Father, Brazil needs You. I ask that You strengthen Your church in the nation. May those who are believers in Jesus Christ surrender their lives to You. May they develop a deeper love for You and their neighbors in need. Increase the church’s desire to share testimonies of Your transforming love. Increase the church’s desire to show acts of compassion for people in crisis. May the love of Your church bring more and more people into the church. Plant new churches and make them thrive. Father, for the sake of those who know You and who will come to faith in You, I ask Your mercy on the Brazilian economy. Strengthen it. I ask that men and women of good character will be elected into office who seek Your face and ask You for wisdom. In the meantime, protect those who party today who will one day commit their lives to You. Amen.

Sex and the City Feud

Dear Father, Sex and the City was a very popular television show that aired from 1998-2004. The romantic comedy-drama television series followed the lives of four-women who were best friends. Their characters tackled social issues such as relationships, sexuality, and femininity. After the television series ended, the story continued in two films, one in 2008 and the other in 2010. The show won seven Emmy Awards and eight Golden Globe Awards. The actresses who starred in the show were Sarah Jessica Parker, Kim Cattrall, Kristin Davis, and Cynthia Nixon. Apparently, Sarah and Kim have had a serious feud that is now two decades long. The feud made the news today after it was reported that Sarah sent Kim condolences for Kim’s recent loss of her brother. Kim responded with anger and bitterness, accusing Sarah of using her loss as a public relations ploy. Father, this relationship can be healed. However, it can only be healed by the Holy Spirit. When the Holy Spirit does His work there is an increase in love, joy, peace, gentleness, kindness, patience, goodness, and self-control. Father, I ask You for a miracle. Lead Sarah into a personal relationship with You. Lead Kim into a personal relationship with You. Transform their hearts and minds. May the impact of Your work amaze those who follow entertainment as the two women embrace each other as sisters in Christ. You can do this. Amen.

Dear Father, a Colorado couple sold their possessions, quit their jobs, and bought a 28-foot sailboat with the intent to sail around the world. Nikki Walsh, 24, and Tanner Broadwell, 26, purchased a 49-year-old boat in Alabama and moved it to a marina in Tarpon Springs, FL. They lived on the boat as they stocked up on food and supplies. Last Wednesday, two days after setting sail, they struck something under the water and the boat sank in 20 minutes. The couple scrambled to gather a few belongings including toys and food for their 2-year-old Pug who survived the ordeal. It is reported that the rescued couple has $ 90, no jobs, and no boat insurance. Father, I ask that You speak into their lives this very hour. While they recover with family in Jacksonville, I pray that You orchestrate a new adventure in their hearts. Transform them. Give them a new direction. Give them the desire to do whatever wild and crazy scheme they can come up with that will effectively touch lives for Christ. Father, help this young couple recover from their ordeal. They need money. They need new possessions. They need stability. I ask that You will do that but I also ask that Your church will be involved in that. Father, may this experience be part of amazing testimonies that they share in the 2020s. Amen.