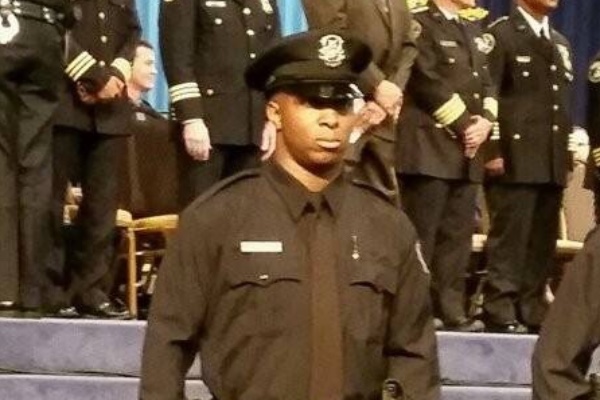 Prison for Passing Out Straws

Dear Father, a waiter or waitress in California who gives a patron a plastic straw for their drink without being asked could face up to six months in jail or a $ 1,000 fine. This is the threat that would hang over servers if Democratic state assemblymen Ian Calderon’s bill becomes law. Father, I will put aside an analysis of the wisdom and/or foolishness of such a legislation. Instead, I will pray here for Ian Calderon. Father, I know You love him deeply. You created him. You long to have a personal relationship with him where You are his faithful and loving God and he is Your faithful and loving servant. I know that in such a situation Ian will experience amazing peace and joy, the likes of which he could never experience in any other way. Father, if he is a believer in Jesus Christ, strengthen his faith today. If he is not, I ask that he will have an encounter with You that transforms his life. May he share his testimony of Your amazing grace with many people in the 2020s. Meanwhile, if his bill becomes law, I pray You will protect innocent table servers from unnecessary criminal charges. Amen.

Dear Father, 11 Afghan soldiers were killed and 16 others were wounded earlier today in a suicide bomber attack on the Marshal Fahim National Defense University in Kabul, Afghanistan. It has been reported that 4 of the 5 militants who attacked were killed in the incident. ISIS, which has aligned with Taliban militants, has claimed responsibility for the attack. In a similar incident, 103 people died in another suicide bombing in Kabul on Saturday. These attacks followed a January 20th attack at the Intercontinental Hotel, also in Kabul, which killed 20 others. Father, turn these tragedies into something good. Bless the friends and families of the victims. May each of them have an encounter with Your incredible compassion, mercy, grace, and love. I pray that there will be people who will be sharing their testimonies of Your love in the 2020s as a direct result of the change You brought into their lives because of these incidents. Father, I do ask that You rescue at least one prospective suicide bomber this very day. Lead him or her away from the terrorist groups. May he or she reject violence and may their courageous decision spare more people from grief and sorrow. Amen.

Dear Father, Gregory Salcido is a history teacher at El Rancho High School in Pico Rivera, CA. He is also a former mayor and a current city councilman. He is in the news today for insulting the intelligence and the character of all members of the military in a rant in his class on January 19th that was video recorded and posted by an angry student. It has been reported that Mr. Salcideo responded to the controversey by expressing on Facebook his belief in the freedom of speech. The school has stated their intention to discipline Mr. Salcido. Father, I thank You for the courage of millions of men and women through the decades who have volunteered to join the military. I’m honored to say my late father was one of them, serving as a member of the grounds crew at an airbase in England in WW2. Countless lives have been saved by our military heroes who stopped the forces of evil tyrants and dictators. Father, I pray for Your blessings on our military men and women this very day. I ask that You send a spark of spiritual revival throughout every branch of the military. May many of our soldiers come to faith in Jesus Christ. May Mr. Salcido also have a spiritual encounter with You. May he too come to faith in You. Work in his life in such a way that one day he is courageously speaking with others about the amazing and wonderful love of God. Meet his needs today and may there be no question in his mind that it is You who are being so gracious to him. Amen.

Dear Father, Steve Wynn built a fortune in the casino and hotel industries in both Atlantic City, NJ and Las Vegas, NV. His donations as well as his influence led him to become the finance chairman of the Republican National Committee. It has been reported that he has been forced to resign because of allegations against him that he forced a manicurist in 2005 to have sex. It has also been reported that there was a multi-million dollar payoff to the manicurist to keep her silent. Wynn has denied these accusastions, stating the source of this charge is his former wife who is in the midst of a contentious divorce with him. While it has been reported he has donated money to both political parties, including the Hillary Clinton campaign, he leaned Republican with the rise of Donald Trump, a close friend. Republican politicians have stated their intention to give the money that they received from Wynn’s political action committee to charities. Father, I ask that truth is victorious in this story. If Mr. Wynn is guilty, may that be clearly confirmed by irrefutable evidence. If he is innocent, may the deceitfulness of those who are drumming up false charges be clearly exposed. If there are victims of Mr. Wynn’s sexual abuse, I pray for their healing and recovery and may they receive the justice they deserve. In either case, I ask that You lead Steve Wynn into a personal relationship with You. May he have an encounter with You that changes his life. Transform his heart and mind. Show the world how You love both the poor and the wealthy and how You long to bring everyone into a restored relationship with You. Amen.

Dear Father, it has been reported that 25-year-old Detroit police officer Glenn Doss Jr. was shot in the head and chest responding to a domestic violence call last Wednesday. He died yesterday leaving behind his girlfriend and their nine-month-old son. A Decharlos Brooks was arrested and now faces 33 charges, including murder, related to the incident. Father, I ask that Your grace, compassion, and mercy will overflow into the lives of the grieving friends and family of Mr. Doss. Comfort them. Embrace them. May Your church in the Detroit area be Your mouth, arms, and legs of kindness and grace. Walk with those who mourn and may You write testimonies in their hearts of Your amazing love. Father, have mercy on Decharlos Brooks. May his experience with the justice system somehow lead him to remorse, confession, and repentance. Change his heart and mind and may his name be written in Your book of life. Amen.