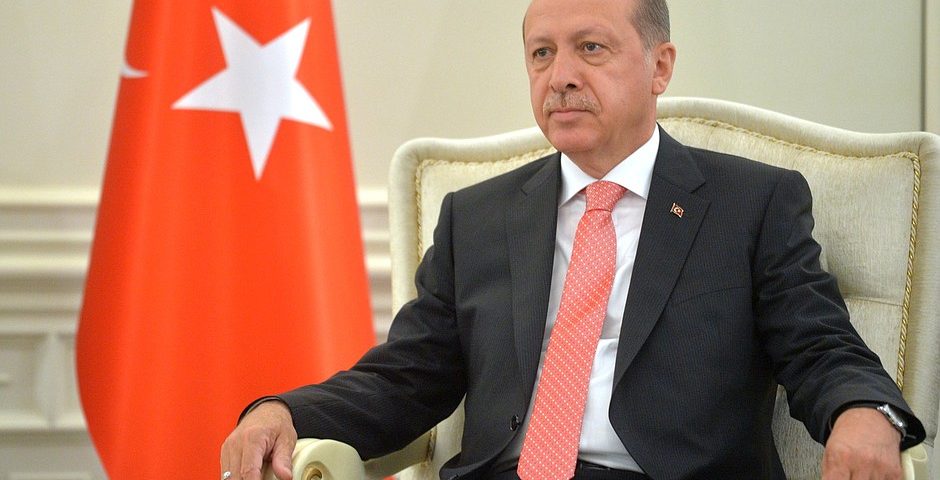 Dear Father, Recep Tayyip Erdoğan, affiliated with the Justice and Development Party, has been the President of Turkey since 2014. He survived a military coup on July 15, 2016 when coup fighter jets bombed Turkey’s parliament building. His government subsequently declared a state of emergency and jailed thousands of soldiers, police, teachers, judges, and prosecutors. The crackdown also included the arrest of leaders of the pro-Kurdish opposition party, many who had been elected to office. Erdoğan’s cabinet now functions as both the legislative and judicial branches of government. The Erdoğan government has suspended basic liberties in the country, taken control of the media, imprisoned journalists, and dismissed or suspended over 100,000 public servants. Despite these conditions, the European Union and the United States have tolerated Turkey’s human rights violations because of the government’s willingness to fight ISIS and accept Syrian refugees into the country. Erdoğan is in the news today because he has complained about Austria’s closing of Turkish-sponsored mosques and the expelling of Turkish-funded imams. In light of reports that imams in Austria have plotted to turn the country into an Islamic caliphate, the Austrian government is on a campaign to stop the spread of Islam in the country.  With the Turkish government advocating for a Turkish nationalism centered on Islam, many Christians in Turkey are experiencing increased persecution.  Father, I ask that You take action to restore civil liberties in Turkey.  I ask that You take action to ease the persecution of Your church in Turkey.  Give Your church the freedoms it needs in the nation to spread Your love in every city.  I ask that You will work even in the heart of Mr. Erdoğan, giving him a “Damascus Road” experience, leading to his spiritual transformation.  Soften his heart towards Christians and towards the innocent and the disadvantaged in the nation.  If he does these things, bless his government.  On the other hand, if He is going to stubbornly be an obstacle to Your church or unyielding in his dictatorial control, remove him from office.  I thank You that You are ultimately in control of whatever happens in Turkey and that You are working in the land even this very hour. Amen.

Dear Father, Jack Dorsey is the co-founder and CEO of Twitter and the CEO of Square. With hundreds of millions of users tweeting about news each day, Twitter is one of the most influential sources of news in the world. The social networking service is the preferred channel used by politicians, professional athletes, and entertainment personalities to keep the public up-to-date. Mr. Dorsey, who is reported to have designed the prototype of Twitter in two weeks, has been accused of bias, preferring the voices of liberal and progressive users. He is in the news today because he apologized for tweeting that he had enjoyed a meal at a Chic-fil-a restaurant. LGBTQ followers chastized him for eating at a restaurant in the chain owned by Dan Cathy, a man who had publicly stated his objection to same-sex marriage, during gay pride month. Doresey apologized for his action. Conservatives are now complaining that Dorsey is showing intolerance for the views of millions of Christians who support Chic-fil-a.  Father, I know You love Jack Dorsey.  You created him.  You gave him the skills he used to build the Twitter empire.  You desire a personal relationship with him and to bless him with all kinds of spiritual blessings.  Work in his life and bring about a series of events that ultimately lead to his spiritual transformation and renewal.  May we hear his testimony in the 2020s of how Your love brought amazing blessings into his life.  In the meantime, continue to meet his basic needs this day. Amen.

Dear Father, the Islamic State of West Africa, also known as Boko Haram, has made life miserable for the citizens of Nigeria, Niger, Chad, and Cameroon. Since the terrorist organization moved into the region in 2009, tens of thousands of people have been killed and over 2 million have been displaced. Citizens have been thrown out of their villages and forced to abandon their livestock. Women have been abducted and raped. Many of the orphaned children, who lost their parents to the Islamic invaders, are joining Boko Haram. It is estimated that over 8 million people are in need of foreign aid and protection. It has been estimated that it will cost over $ 9 billion to rebuild communities, though government officials have expressed disinterest in returning people to rural villages and lifestyles.  Father, defeat Boko Haram.  Liberate the populations of these four countries.  Restore families and communities.  Give the people the foreign aid and protection they desperately need.  Most importantly, use this international crisis to strengthen Your church in western Africa.  May the people see what You are really like – a loving, compassion, gracious, merciful, and kind God.  Liberate the people spiritually and give them new hope through the gospel of Jesus Christ.  Show the world what the love of God looks like when it rescues people who are oppressed. Amen.