Dear Father, You know the truth of all that happened in Sutherland Springs, TX yesterday.  However, initial reports indicate that Stephen Willeford and Johnnie Langendorff were heroic.  Stephen apparently exchanged gunfire with Devon Patrick Kelley as Devon left the First Baptist Church after slaughtering over two dozen people.  In that gunfire, Devon was struck by a bullet that would lead to his demise a few miles down the road.  Mr. Willeford and Langendorff pursued Devon in a high-speed car chase until Devon succumbed to his wounds.  The two men were in continuous contact with the authorities.  Many believe more lives would have been lost if not for the willingness of these two men to put a stop to the carnage.

Father, I pray for these two men today.  Suddenly, they are no longer obscure men.  They are international heroes.  Their lives have been transformed in a day.  Father, may they seek Your wisdom, protection, and provision as they receive praise they are not accustomed to.  Guard their hearts.  Protect them from temptation.  May the attention they receive drive them closer to You.  Keep them grounded in faith, godly wisdom, and emotional health.  Protect them from those who would take advantage of their “15 minutes of fame”.

Father, these men got involved.  These men risked their lives.  These men said “Somebody has to do something to stop this shooter. We will!”  Father, millions of people throughout America need to hear the stories of how Jesus Christ has changed lives.  Make believers in Christ in every state heroic in their willingness to take a risk and share their testimonies publicly.  May believers throughout America say this very day, “Somebody has to share their testimonies with this hurting world. I will!” 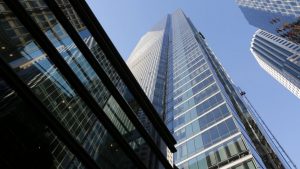 Dear Father, men and women have engineered amazing things throughout human history. Pyramids. Bridges. Stadiums. Canals. Tunnels. Transportation. Pharmaceuticals. Aerospace. Skyscrapers. You have given humanity incredible intelligence. You have given us the understanding of geology, biology, physics, chemistry, math, and more. As a result, there are incredible engineering accomplishments in every country on earth. We take the work of the engineers for granted, not giving a second thought to taking a pill, sitting in a chair, riding an elevator up 100 floors, or crossing a bridge that is 500 feet above the ground. However, this morning I read another story of how the 58-story Millennium Building in San Francisco is sinking. Ooops. The engineers apaprently made incorrect calculations about the ground under the building. People fear the building might topple, especially if San Francisco experiences another severe earthquake. Father, I ask that You protect people from the catastrophic failure of the building. If it must fall down someday, keep people clear of it. May no human life be lost. If the building needs to be dismantled, give the authorities sufficient notice and may the engineers safely dismantle the building. If there is a way for engineers to solve the problem, give them the solution, provide them the resources, and guide their hands with each task. Father, we rely on You to be the Chief Engineer watching over all that mankind has created with the skills You have given us. Father, keep us safe. Help engineers, manufacturers, and construction workers to do what they do with excellence and incredible skill. Amen.

Homelessness on the West Coast

Dear Father, it has been reported today that there is a rise in homelessness in major cities in California, Oregon, and Washington. The housing prices have risen so much that many people cannot afford even the smallest of apartments. Many couples and families, who had been living paycheck to paycheck, find that a sudden crisis leaves them homeless. Once they are evicted for lack of payment, they are denied the ability to rent any other apartments. Father, I do ask that You have mercy on the homeless people, not only on the West Coast but also across our nation. Many have had a hard life. They have been victims of abuse or tragedy. Father, move Your church to reach out to every man, woman, or child who is living on the street. Give us solutions to give these people homes and to help them stay there. Father, forgive our nation for our rebellion from You so that our homeless might receive Your mercy. For those who are homeless because of their lifestyle choices, please have mercy on them. Lead them to spiritual transformation and renewal. Restore their lives. Make them inspirational testimonies for all of us. Amen