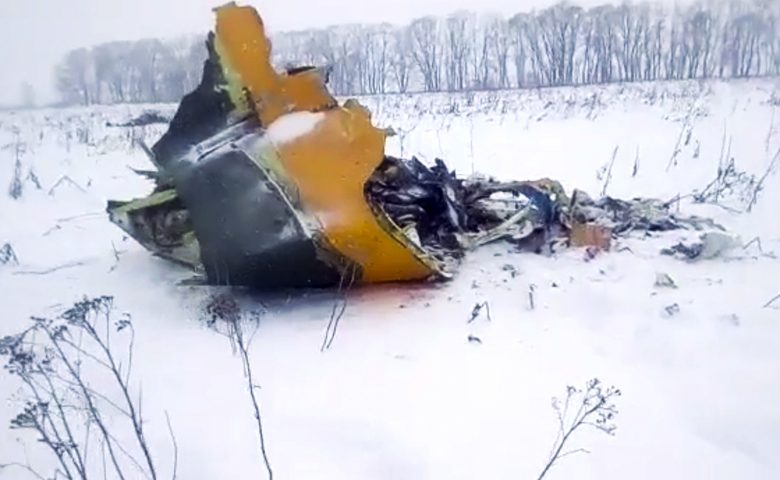 Dear Father, an An-148 Saratov Airlines jet, headed from Moscow to Orsk, crashed a few minutes after takeoff today. It has been reported that all 71 on board have died. The wreckage lies in Stepanovskoye, a five minute flight from Moscow’s Domodedovo Airport. Witnesses reported that an explosion was heard and the plane was on fire prior to contact with the ground. The plane was recently in storage for two years because of a lack of parts. It has been reported that Russian civil aviation has had struggles since the collapse of the Soviet Union in 1991. President Vladimir Putin postponed a meeting with Palestinian leader Mahmoud Abbas due to his desire to manage the government’s response to the tragedy. Father, there are thousands of friends, family, neighbors, and co-workers who are grieving this very hour. I ask for Your mercy on them. Be present. Show Your compassion and mercy. Speak to them and comfort them. May those who mourn be led down a spiritual path that leads to their spiritual rebirth. Father, help the survivors with all the disruption this tragedy has made in their lives. May there be testimonies that come out of this disaster that inspire others and lead people to place their trust in You. Amen.

Dear Father, it has been reported that two dozen people attacked a 29-year-old homeless man on the New York City subway last night. The incident occured when the train was approaching the Columbus Circle station in Manhattan. The victim was treated for minor facial injuries. Two 16-year-olds were arrested. Father, I thank You that the homeless man was not more severly injured. However, I am sure it was emotionally traumatic. He certainly had struggles in his life that made him homeless and now, on top of them, he was faced with such cruel abuse. Father, I ask that You now pour Your generosity and kindness into his life. May this incident lead him to a new life. May this incident prove to be his deliverance from homelessness. Give him strength today. Bring people into his life that You will use to renew him spiritually, emotionally, and financially. May he soon share a testimony of the transformation You will do in his life. As for those who committed this senseless act, bring them to justice. Lead them to remorse, conviction, and repentance. May at least one of the attacker reject such cruelty from this point forward and may that person become a champion for the innocent and defenseless. Amen.

Dear Father, Israel sent warnings to Iran today in response to Iran’s recent activity in Syria. These warnings come the day after Israeli jets struck Iranian targets in Syria in retaliation to an Iranian drone flying into Israeli airspace. An Israeli F16 fighter was lost in the attack, though the injured pilots survived. Prime Minister Benjamin Netanyahu affirmed the Israeli policy to “harm anyone who tries to harm us.” While Israel has attempted to remain neutral in the Syrian civil war, they are pledged to stop the delivery of advanced weapons to Lebanese Shiite group Hezbollah. Hezbollah, who fought a war against Israel in 2006, supports the Syrian regime. The Trump Administration is reported to have supported the Israeli action. Russia and Israel are said to be in close communication to prevent escalation of the crisis. Father, I ask that You keep this situation under control. Give the various parties self-control, patience, and the wisdom and desire to seek peaceful solutions. I know this region, where Your Son Jesus walked, is dear to Your heart. I pray that You will spare lives and that Your church will grow in the hearts of the people of Israel, Syria, Lebanon, and Jordan. Amen.

Dear Father, three tourists died yesterday when a helicopter crashed in the Grand Canyon. Wind may have been in a factor in the loss of the Eurocopter EC130 operated by a Las Vegas company Papillion, a tour company that has been in business for 100 years. Father, I ask that Your compassion and grace be on the families of the deceased. May they experience the incredible love of God, especially through the work of Your church. Meet their every need and may individuals among the survivors end up citing this tragedy as the beginning of their spiritual rebirth. Father, I ask that You attend to the needs of the first responders in both the Russian airline crash and the helicopter crash in the Grand Canyon, as they were certainly traumatized to some degree by the carnage. Amen.

Dear Father, a 22-year-old man attacked people attending a Roman Catholic Mass today in Sleman, Yogyakarta, Indonesia. Four people, including a German priest, suffered back, neck, and head injuries. The attacker was reported to have decapitated statues of Jesus Christ and the Virgin Mary. Churches are a common target for Islamic militants in Indonesia. Father, I thank You for sparing lives of the innocent. I pray that You will use this expertise to lead those who were in that mass into a deeper relationship with You. Bring about their spiritual rebirth and renewal. May the attacker have a “Damascus Road” experience with You. May they turn into an ambassador for Jesus Christ, celebrating the worship of Jesus Christ in Indonesia. Amen.

Dear Father, six members of the Bloods gang fractured the spine of a Rikers Island guard. The 39 year-old corrections officer was sucker punched around 6:30 pm yesterday. Other inmates subsequently punched and kicked him.  Father, I ask that this guard will fully recover, physically and emotionally.  Touch his spine and perform a medical miracle.  Burst into his life with the full volume of Your grace and mercy.  Renew his heart and give him peace and joy unlike he’s ever experienced before.  As for the members of the gang who hurt him, may one of them feel great remorse.  May their remorse lead to repentance and spiritual rebirth.  May that gang member become an incredible ambassador of the love of Christ. Amen.