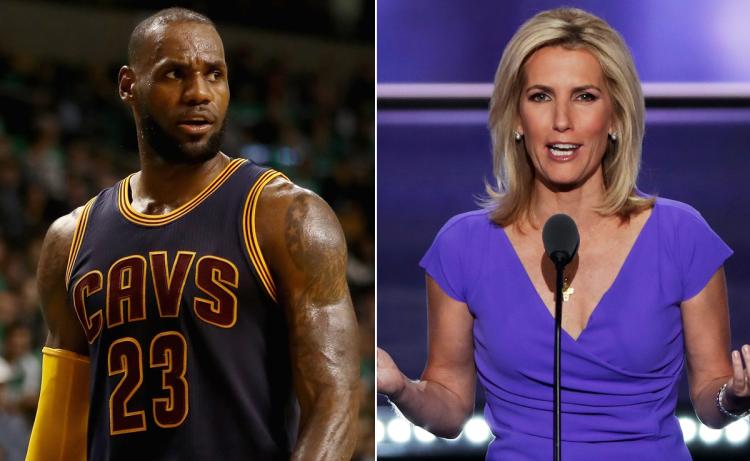 Dear Father, the Federal Bureau of Investigation is receiving criticism for failing to prevent Nikolas Cruz from killing 17 at a Florida high school last Wednesday. It has been reported that an individual alerted the FBI that Mr. Cruz had commented on YouTube that he was “going to be a professional school shooter.” The FBI dismissed the tip, losing an opportunity to prevent the bloody massacre. In addition, after the police were called 36 times to his mother’s home to defend her from Mr. Cruz’s violence, multiple local law enforcement officials and mental health professionals did not take action to secure Mr. Cruz in a facility for those suffering with mental illness. Had an official filed even one report of Mr. Cruz’s behavior he would have been unable to purchase the weapon he used last week. Father, what strikes me this morning is mankind absurd belief that we can engineer a utopian society. No way cannot. There is no system or bureaucracy that can control the human heart or prevent humans from making poor choices. Government is not the answer. America needs a spiritual solution. We need You to fill our hearts and minds, driving from us the desire to hurt others. A society that has given it’s soul to You is a society with less crime, less poverty, and fewer people falling through the cracks. Father, I do ask that You help local, state, and federal government agencies, in every state, have success identifying those who will turn into tomorrow’s shooters. May those same agencies effectively get those people the help they need and to keep them from harming others. However, I ask once more for a spiritual revival in this nation and I ask that the criticism of the FBI this week will be a reminder to many that we desperately need You in our society. Amen.

Dear Father, 66 people died today when Aseman Airlines flight 3704 crashed near Yasuj, Iran, 484 miles south of Tehran. The plane was reported to have crashed into a mountainous region, making it difficult for first responders to get to the scene. Father, I ask for Your grace upon those who witnessed the carnage at the crash site. Walk with them through the trauma. May the experience lead many to re-evaluate their lives and draw closer to You. I also pray for the families of the victims. They are devastated today. Father, comfort them. Be present in their homes. Hold them as they go through the grief. Be gracious to them with the details of recovery and burial. Father, use this experience to lead family members into personal relationships with You. Change lives. Transform families. The aviation industry in Iran has been in decline after years of sanctions made it impossible to effectively maintain or replace aging aircraft. The 2015 nuclear deal did provide Iran with some funding to purchase new aircraft but the industry has not been able to renew the entire fleet. Perhaps this plane crashed because of maintenance or structural fatigue issues. Father, in Your generosity and kindness, please strengthen the Iranian airline industry and their assets for the sake of those who love You who are passengers on their planes. Amen.

Dear Father, Kendra Stocks, 36, of Charlotte, NC, is now serving seven days in jail for baptizing her child at St. Peter’s Catholic Church. She had a baby with her former boyfriend, Paul Schaaf. When the six-month relationship ended, the court awarded Mr. Schaaf with primary custody of the child, giving him the exclusive parental right to make religious decisions for the child. Therefore, Ms. Stocks was in violation of a court order when she had the child baptized without informing Mr. Schaaf. Mr. Schaaf discovered the baptism after looking at photos Ms. Stocks had posted on Facebook. Father, I ask that the child that was baptized will come to faith in Christ at an early age. I ask that this child will be protected from evil. I ask that every need of this child will be met. I ask that You will transform this child’s heart at an early age, giving them godly wisdom beyond their years. I ask that his child will enjoy a lifetime of walking with You each day. I also ask that You have mercy on Kendra and Paul. Lead them both into a deeper relationship with You. I ask that You will work in both of their hearts in such a manner that the child is influenced to follow in the honorable footsteps of their biological parents. Father, I ask for peace and healing in this conflict between this man and woman. Do a miracle and write a testimony that inspires many others that conflict’s can be resolved through Christ. Father, be present with Kendra as she is in jail this week. Speak to her. Protect her. Use this time in her life to draw her close to You. Amen.

Dear Father, thirteen Russian nationals and three Russian companies have been charged with interfering in the 2016 U.S. Presidential election. The charges come from the investigation, led by Robert Mueller and Rod Rosenstein, that explored whether or not the Trump campaign had colluded with the Russians. The investigation has determined that Russia did launch a disinformation campaign using social media, false American identities, and fake political groups to dissuade Americans from voting for Hillary Clinton and to create discord in American society. However, the investigation did not uncover any evidence that any American citizen conspired with the Russians. In fact, the evidence has indicated that the Russian effort began back in 2014, long before Trump announced his intention to run for President. Trump has been vindicated. The investigation also discredited the Christopher Steel dossier, accusing Trump of collusion with the Russians, a dossier which was paid for by both the Clinton campaign and the Democratic National Committee. The investigation has called into question the integrity of the FBI. It appears that the FBI took sides in the presidential election and launched an investigation against Trump based on a highly questionable dossier and for purely partisan reasons. Father, America needs a justice system that is above corruption. We need a justice system that seeks only to protect and defend the law and does not apply the law differently depending upon people’s beliefs. Father, infuse our justice system with people who have integrity and godly character. Put people in control of our justice systems who love truth, who are content with their role to enforce the law and not to make it, and who value the principle that people are innocent until the facts prove them guilty. Father, I ask that You will protect the integrity of our U.S. electoral system from attack by both foreign and domestic threats. May Your will be done in each and every election as expressed by the way You move voters to vote. Amen.

Dear Father, NBA superstar LeBron James stated this week that President Donald Trump does not give a _______ about the people. His sentiments were supported by another superstar, Kevin Durant. Laura Ingraham, a conservative political commentator and television and radio talk show host, responded by telling LeBron to “shut up and dribble”. Laura disqualified LeBron’s political commentary based on his level of education and his lack of experience studying and analyzing politics. The NBA stars, and their supporters, responded by accusing Ms. Ingraham of racism. Ms. Ingraham counter punched, stating she has been using the catch phrase “shut up and…” for years and she has said it of people without political expertise of all demographics. Father, I think of that phrase so many have spoken through the years – “what would Jesus do?” Jesus would not use vulgarity to make a point, especially with an audience of adoring children around the country who are listening. Jesus would know that politicians have both good and bad character traits and He would offer balanced commentary in accordance. Jesus would not simply criticize a politician’s policies but He would offer viable solutions to the problems our nation faces. Jesus would not alienate 50% of the population who need spiritual renewal because of His political ideology. Jesus would express love, compassion, and kindness towards the person who has insulted Him. Jesus would respect the opinion of every individual who has been created in God’s image. Jesus’ priority, far above politics, is the spiritual transformation of individuals and communities. In other words, Jesus would not have responded in the way either LeBron or Laura did. Father, we need public debate on the issues that is dignified, honorable, and self-controlled. Give us influencers who value these traits and set an example for the younger generation. Amen.

Dear Father, there is a critical water crisis in Cape Town, South Africa. A severe drought has led to the draining of a key reservoir that supplies water to the city of four million people. Experts predict that the water level will drop below the supply pipes in 100 days, essentially turning off all water to the city. The reservoir is said to be 11% full, revealing abandoned buildings that had been covered by water for years. Rigid water restrictions has helped the city temporarily. However, the city is now facing a major economic and health crisis. Farms have been unable to produce fruits and vegetables. Companies are having to lay off people. People are being asked not to bathe or flush their toilets as frequently. Critics believe the corruption of former President Jacob Zuma, who resigned this week, has contributed to this problem by his failure to prepare for and manage the crisis. Many people have complained that the rich are favored in the rationing of water supplies. Experts suggest the drought in Cape Town is a warning for droughts to come in other major cities around the world. It is anticipated that Melbourne, Australia may not be far behind. The United Nations predicts that 700 million people could be displaced, searching for water, by the year 2030. They fear that wars will be fought for water. Father, hear the prayers of Your people in South Africa who are begging You for rain. Father, I ask You to have mercy and compassion and to bring rain into this parched country. If You are withholding rain for a spiritual reason, I pray that the nation will have a spiritual encounter with You, that their hearts will change, and that You will bless them with rain. Amen.