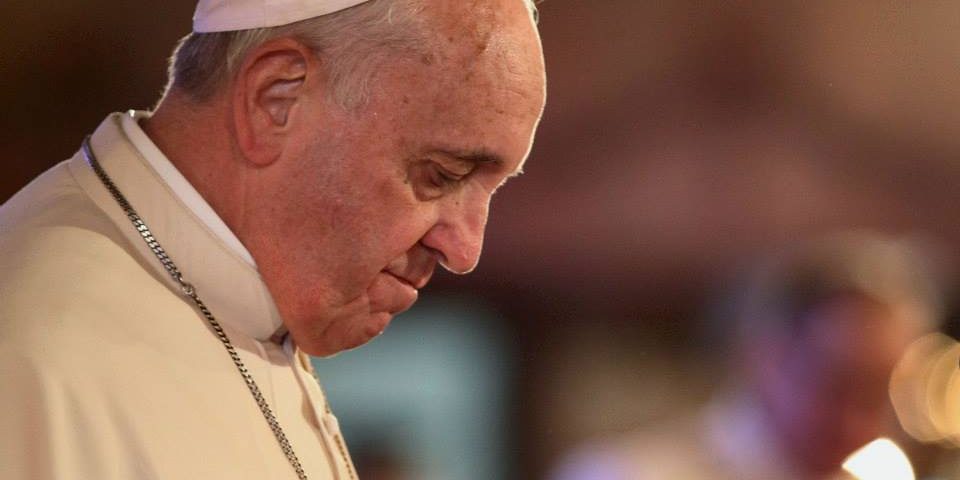 There Is No Hell

Dear Father, it has been reported that Pope Francis, 81, recently stated that “hell does not exist.” Where do people go when they die but who aren’t going to heaven? They cease to exist. Eugenio Scalfari, 93, an atheist and the founder of the liberal newspaper La Repubblica, shared the Pope’s alleged comments after he met privately with the head of the Roman Catholic Church on March 26, 2018. The news sent shock waves around the world, leading many Roman Catholics to become confused and many atheists to party. Pope Francis is the first Jesuit pope and the first from South America. His papacy has been known for his more liberal and progressive positions. He believes the church should be more open and welcoming, inviting the divorced and the remarried into to Communion, and favoring spiritual penance, and not criminal prosecution, for priests charged with sex-crimes. It is believed that Pope Francis is seeking to modify Catholic doctrine in order to make the faith more appealing to secular intellectuals who don’t understand how God can allow suffering. In July 2017, a group of conservative clergy and academics signed the “Filial Correction”, a twenty-five page document that described the heretical beliefs of Pope Francis. Father, the books of Matthew, Mark, Luke, and John in the Bible report that Your Son, Jesus Christ, made very clear statements about the existence of hell. (Matthew 5:22, 29-30; 10:28; 18:9; 23:15, 33; Mark 9:43-47; Luke 12:5) If the Pope is right then the Bible is wrong. If the Bible is wrong with respect to hell, what else is the Bible wrong about? Heaven? Salvation through faith? The deity of Christ? Christ’s sinless life? His resurrection? It is no small matter for a Pope to suggest such a change in the doctrine of the Catholic church. It is church doctrine that calls mankind to conform to God’s truth. It cannot be the other way around. Father, people have rejected You as God for thousands of years. People want to be their own gods. People want to decide for themselves what is right or what is wrong. People want to make their own decisions and to do, say, and think whatever they want. When these people die, You give them what they say they wanted all along – a place where You are absent. You give them a place where Your goodness, compassion, mercy, grace, kindness, and generosity doesn’t get in the way. You give them a place where there is no right or wrong. Chaos. Anarchy. You give them a place where everyone can do whatever they please. Violence. Selfishness. Theft. You give them a place where healing and recovery doesn’t exist (those are from You). You give them a place where good food, clear blue skies, and refreshing mountain streams don’t exist (those are from You). You give mankind exactly what they want – a world without God. That world is called “hell.” You have invited every person to find a home in heaven. However, millions of people willingly and purposefully walk through the door to hell because they want nothing to do with You. Father, there is hell because mankind has asked for such a place to live. Unfortunately, when we get there, we discover how horrific and catastrophic life is when God truly doesn’t bother or annoy us anymore. The pain of life without a loving God is unbearable. It is “hell”. Father, I ask that discussions about the reality of “hell” and Pope Francis’ statement will lead many people to decide they don’t want to live in a world without You. I ask that those same people will be led to faith in Jesus Christ and surrender their lives to Him. Anyone who takes these steps will enjoy heaven forever. Hell’s existence won’t matter whatsoever. Amen.

Dear Father, Palestinians have been protesting against Israel in the southern Gaza strip during the last week. Several Palestinians attempting to approach or cross the border fence have been killed by Israeli forces. The Palestinians are committed to a six-week protest, demanding that they be allowed to return to lands that were lost to Israel in 1948 and in 1967. The protestors are also motivated by President Trump’s recent statement that the U.S. embassy will be relocated to Jerusalem, a city many Palestinians claim as their own. The protestors are from an enclave of two million Palestinians who are under the control of Hamas. The United Nations has asked Israel to be more careful and to avoid civilian deaths. Israel has claimed that the individuals who were killed were terrorists and that they will protect their border. Hamas announced today that they will pay up to $ 3,000 to the survivors of anyone who is willing to spark a confrontation with the Israeli army that leads to their death. They are also willing to pay between $ 200-$500 to each person who is injured. Father, intervene in this crisis, just like You have done in thousands of crises throughout human history. Father, I ask that You protect innocent life, whether they be civilians who are bribed to take their own lives by Hamas or Israeli soldiers who are doing what they are told by their commanders. Keep the human tendency towards violence under control. Bring in peacemakers on both sides and may their voices have power and influence. Enable the two parties to find areas to agree upon. Speak to the leaders and give them solutions that can be accepted by both sides. Father, defeat any who are seeking to use this protest to launch a wider offensive that will lead to many more civilian deaths. Protect the innocent. Protect the children. Meet their needs and deliver them to a place of safety. Father, I ask that somehow Your church will be advanced in this conflict. I’m not sure how You would do that but I ask that will happen. Amen.

Dear Father, Grace Jones is a 69-year-old singer, songwriter, dancer, model, record producer, and actress from Spanishtown, Jamaica. She became famous because of her androgynous appearance throughout her career. Her appearance is a statement of her desire to be tough, to protect the little girl inside of her who felt threatened by her childhood experience. Grace has shared that she grew up in a strict religious home where she had a strained relationship with her father, Bishop Robert Jones, an Apostolic clergyman. She has stated that she was “crushed underneath the Bible” and wants nothing to do with the church. Her brother is Noel Jones, senior pastor of the City of Refuge Church in Gardenia, California. Grace has had various relationships, a son, and a granddaughter. Father, I ask that You work in Grace’s life and lead her into Your loving arms. May she experience a place of safety with You. Transform her heart and mind. Help her to experience amazing peace and joy as she discovers You are a loving, compassionate, and gracious Father who can be trusted. I ask that You will turn Grace into a minister of Your love and that many lives will be touched by her testimony and her acts of compassion for people in need. Father, may she find strength, dignity, and honor by surrendering her life to You. Amen.