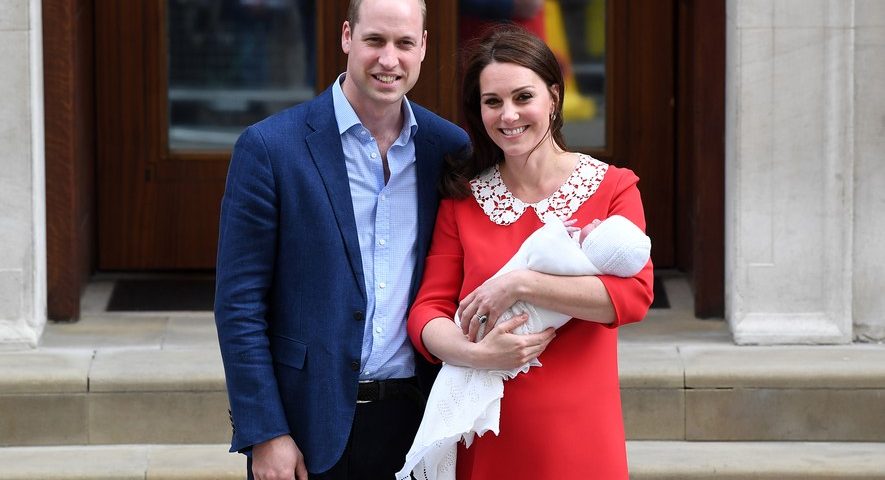 Dear Father, Alex Minassian, 25, is accused of driving his rented Ryder van onto a sidewalk for 1.24 miles in Toronto yesterday, killing 10 people and injuring 15. Anne-Marie D’Amico, an employee of Ivesco, was one of the pedestrians who was killed. The South Korean embassy reports that two of its citizens were killed in the attack. It has been reported that Alex was a special needs student in school. Several former classmates have stated that Alex’s behavior in school was unusual. It has been reported that Alex recently posted on Facebook his support for Elliot Rodger, the man who killed six people near the University of Santa Barbara on May 23, 2014. In a video recorded before his killing spree, Elliot blamed his actions on all the women who rejected him as a potential boyfriend and all the men he was jealous of who were sexually active. Alex was arrested and is now in the custody of the Toronto police. Father, I ask that You intervene in the lives of the injured from the attack. Heal their bodies, their minds, and their spirits. Restore them to full health. Help them to recover from the trauma of the experience. Use this crisis in their lives to bring them into closer relationships with You. I also pray for the families and friends of the deceased. Comfort them. Walk with them through their grief. Lead them to a place where they experience the peace that passes all understanding. Write amazing testimonies of spiritual transformation in their lives because of this incident. I also ask for Your mercy on Alex Minassian. Yes, may justice be served on behalf of the innocent victims. However, I also ask You will rescue Alex from his rebellion from You and may he experience Your total forgiveness through Jesus Christ. Amen.

Dear Father, it has become an American tradition that the champions of the National Football League, the National Hockey League, the National Basketball Association, Major League Baseball, and the NCAA Championship visit the President at the White House. The tradition began as a way for politicians to put aside partisan rancor and find common ground. After all, a championship team typically has fans who are liberal, conservative, Democratic, Republican, independent, libertarian, black, white, Asian, Hispanic, heterosexual, gay, lesbian, bisexual, transgendered, rich, poor, old, young, male and female, Christian and atheist, and Jewish and Islamic. By celebrating the team’s victory, the President is celebrating unity and common ground in the population. However, many players and officials of championship teams are now using this tradition to make partisan political statements. In short, “my politician didn’t win the Presidential election, so I will not attend the White House celebration.” Or, “I don’t like the President’s policies or his behavior, so I won’t attend the White House celebration.” Such actions by teams are divisive, essentially segmenting their fanbase into groups by their beliefs. Such actions send messages to the large population of a team’s fanbase that voted for the President that they are not welcome to be fans of the team. The Philadelphia Eagles, the current Super Bowl champions, are apparently going to play this game as well. In the spirit of Trump-hating, the team has been reluctant to schedule their visit to the White House. Several of the star players have made it known they will not attend under any circumstance. Father, while I don’t doubt the players and team officials believe they are being politically, morally, and ethically correct, I believe this recent trend is ultimately pointing to the destruction of our form of government. In short, “I will not respect the institution of the executive branch unless my preferred candidate occupies the office.” If every American has that attitude, we will fall into anarchy. Half the American population will always deligitimize the President’s authority, leaving America without strong executive leadership domestically and in foreign relations. Father, I believe You call us to respect the office of the President of the United States, no matter if that office is occupied by Bernie Sanders, Hillary Clinton, Barack Obama, George W. Bush, or Donald Trump. We are to acknowledge that You are the sovereign God, the God who puts people into office according to Your will. There is a reason in Your master plan that Donald Trump is the President of the United States. I ask this day for the short and long-term restoration of respect in our nation for the office of the President of the United States. While I ask that men and women of good character will occupy that office, I also ask that the representatives of professional sports teams will see the celebration of their championships by the President of the United States as an opportunity to embrace every demographic of their fanbases. May they see that a visit to the White House is really an act of healing and peacemaking. Father, lead the Philadelphia Eagles to agree to visit the White House soon. May their be representatives of the team who set an example for respecting the executive branch of our government, regardless of who occupies the office. Amen.

Dear Father, a one-month-old boy, Sage Cooper, has been found safe by authorities. The child’s “abusive parents” had fled Florida with the boy after the court demanded the parents turn over their child to the protective custody of the state. It has been reported that David Cooper, 32, and Kaitlynn Lovel, 25, who were arrested, had two other children taken away from them when they lived in Illinois because of their abusive behavior. The father had two warrants for his arrest, one on a drug charge and the other for failing to appear in court for a domestic violence charge. Father, lead Sage Cooper at an early age into a personal relationship with Jesus Christ. Put him into a family that loves You and seeks to honor You. May Sage learn to love God with all of his heart, soul, and mind. May Sage become an amazing example of godly character and love for others. I also ask that You give both David Cooper and Kaitlynn Lovel an encounter with Your love that changes their worlds. May Sage’s biological parents have a new heart that knows the peace of God. Amen.

Dear Father, Kate Middleton, the Duchess of Cambridge, 36, gave birth to her second son and third child on April 23, 2018. The child, whose name has not been announced yet, is now the fifth in line for the throne of England. The child’s grandfather, Prince Charles, his father, Prince William, and his two older siblings, Prince George and Princess Charlotte, are in line ahead of him. Princess Charlotte, who turns three next month, is the beneficiary of the Succession to the Crown Act of 2013. She is the first female royal who will not be skipped in the line of succession to the throne because of her gender. It has been reported that the delivery was routine and that the mother and baby are doing well. Father, I thank You for Kate’s routine delivery. I ask that You help her to fully recover. I also ask that You be active in the parenting of these three children. Give William and Kate wisdom to not just raise children equipped to be royals but also children who are of good and noble character. May George, Charlotte, and the newborn by celebrating in their adult life because of their amazing hearts for people in need and their lifestyles of goodness. I ask that You will bring about the spiritual transformation of this family, that Jesus Christ may be celebrated and honored by William and Kate. May their three children understand who the real King is and may they seek to serve Him throughout their lives. Amen.

Dear Father, the Senate Foreign Relations Committee voted to recommend Mike Pompeo as the next Secretary of State to the full chamber of the U.S. Senate. President Trump nominated Mike Pompeo, a former member of the U.S. House of Representatives and the Director of the C.I.A., to succeed the dismissed Rex Tillerson on March 13, 2018. Democrats have been threatening to reject Pompeo’s nomination because of his conservative positions on surveillance, terrorism, Guantanamo Bay, North Korea, Iran, Wikileaks, Edward Snowden, climate change, Obama Care, abortion, and same-sex marriage. Pompeo is also a member of the Evangelical Presbyterian Church and serves as a deacon and Sunday School teacher, facts not lost on the secularists in government. Pompeo has made concessions to moderate his positions, such as supporting the Iran deal, in order to gain the support of moderate Democrats in Trump states who fear angering Trump voters. Father, lead the man or woman of Your choosing into the office of Secretary of State. Give whoever occupies that office wisdom and understanding as well as skill. If Mike is the man of Your choosing, may his appointment by approved quickly. If he is not, bring us the person who will best represent our nation’s interests throughout the world. Take charge of this nomination process and accomplish what is in Your will. Amen.

Dear Father, in 2015 President Obama signed the Joint Comprehensive Plan of Action, otherwise known as the “Iran Deal.” Iran, China, France, Germany, Russia, the European Union, the United Kingdom, and the United States agreed to a deal wherein Iran would make serious reductions in their nuclear development program in exchange for an easing of economic sanctions against Iran. However, President Trump has made it clear he does not intend to honor the deal because the deal didn’t do enough to block Iran’s missile development. Trump is also displeased with Iran’s aggressive efforts to destabilize the Middle East, especially their role supporting the Syrian government in Syria’s civil war. Trump, whose actions are supported by Israel, set a date of May 12th for the deal to be modified or the U.S. would walk away from it, an act that would significantly impact the other nations that signed the deal. With this in mind, French President Emmanuel Macron and German Chancellor Angela Merkel are scheduled to visit President Trump this week. It has been reported that France, who recently joined Trump in military strikes in Syria, is willing to negotiate and compromise with the Trump Administration. However, it has also been reported that Mrs. Merkel is not willing to renegotiate. Father, give Trump wisdom and understanding. Lead him to the course of action in this matter that You believe is appropriate. Protect innocent civilians from the disasters of nuclear weapons and economic sanctions. I ask that leaders of the various nations will negotiate and compromise in such a manner that secures peace in the Middle East. Father, build friendships between the United States and France and Germany this week as Trump meets with the leaders of these two nations. Amen.