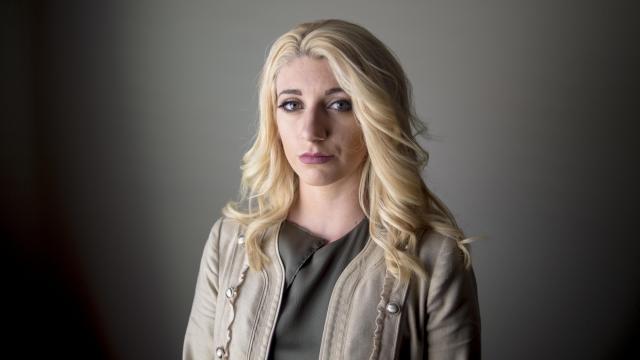 Dear Father, thirty-seven people were murdered in the city of London, England in February and March. It has been reported that London’s murder rate has grown nearly 40 percent in the last three years. Many of the murder victims have died by stabbing. This puts the city of London on our radar this morning. Father, I lift up Sadiq Aman Khan, the first Muslim mayor of a major Western city. His British family has Pakistani roots. A Social Democrat who is against Brexit, Sadiq became mayor in 2016 when he defeated Boris Johnson, the previous mayor who was conservative. You created Sadiq. You desire a personal relationship with him. Father, work in his life and lead him to Yourself. Transform his heart and mind. May he share his testimony of Your grace in the 2020s. Surround him with godly advisors. Meet his needs and may he know it is You who care for him. I also pray for the 25 members of the London Assembly. The assembly, created in 2000, oversees the performance of the mayor. They have the authority to approve or reject the mayor’s budget and executive orders. They also have the ability to suggest policy. I ask that You work in each of these people’s hearts, leading many of them into a personal relationship with You. Give them wisdom and understanding. Meet their needs and may they know it is You who does so. I also pray for the Metropolitan Police Service, otherwise known as The Met or Scotland Yard. They are the police force for the city of London. They also oversee the protection of the royal family as well as the ministers who serve in Her Majesty’s government. Cressida Dick is the Commissioner of the police department. She is the first woman to hold that position and the highest-ranked lesbian officer in British police history. Father, I know You love her too. You created her for fellowship with You. You long for her to enjoy a daily walk with You. Work in her life so that she sees her spiritual need, that her search leads her to You, and that she surrenders her life to You. I ask that when she does that You bless her with the full measure of spiritual blessings. Give her ample reasons to thank You and the courage to share these reasons with all of us. Father, I pray that these leaders will take the appropriate actions to stop this wave of murder in the city. Guide and direct these men and women. Finally, I pray for the families of the victims. Work in their lives, giving them Your mercy and compassion, so that they may find new life through Your Son, Jesus Christ. Amen.

Dear Father, Mohammed bin Salman, 32, is the crown prince of Saudi Arabia. His father is King Salman, making Mohammed the heir apparent to the Saudi throne. Mohammed has been introducing significant reforms in the country. Women now have the rights to drive, to sing in concerts, and to attend events at sports stadiums. Women also have more opportunities in the workforce. He has also spoken favorably of Israel’s right to exist. He has been sharply critical of Iran’s Supreme Leader Ali Khamenei, comparing Khamenei to Adolf Hitler. He has been critical of the deal President Obama arranged with Iran. The crown prince believes the $ 150 billion was never spent on projects that benefit the citizens of Iran. Mohammed bin Salman is one of President Trump’s allies. However, Mohammed has also been accused of significant human rights violations.  Father, You know Mohammed bin Salman.  You created him.  You breathed life into him.  You desire to have a personal relationship with him.  Father, I ask that You perform a miracle and You lead this man to place his faith in his savior.  How can such a wealthy and powerful man, devoted to another faith, come to Christ?  By Your amazing compassion, resourcefulness, and orchestrations.  Do it. Father, even if this man does not call out to You by name, give this man wisdom and understanding.  Guide him and direct him.  Lead Saudi Arabia to a place where one day they embrace Your church and many people in the country call on You. Amen.

Dear Father, Villanova University last night won the N.C.A.A Championship for the second time in three years. Donte DiVincenzo scored 31 points off the bench to lead the Wildcats to a 79-62 win over the Michigan Wolverines in San Antonio, TX. A key to Coach Jay Wright’s success is the number of players on the roster who can score three-pointers when they have an open look to the basket. The team set several N.C.A.A records for three-point shooting this season.  Father, each of the men associated with this team is being celebrated by thousands, if not millions, of people.  They are going to have doors opened for them others don’t get to enjoy.  With so much affirmation, the temptation will be strong for each of the men to rely on their own strength and their own understanding.  Father, I pray that You will work in the lives of each of the men who won this championship.  Call them to Yourself.  Give each of them a life changing experience where they find true spiritual victory in You.  Father, protect these men from those who would lead them down dangerous paths.  Protect them for their own foolishness, a foolishness each of us knows very well.  I pray in particular for Jay Wright and Donte DiVincenzo.  May both of these men thank You for all of the goodness You pour into their lives.  May they both one day have testimonies of faith in Jesus Christ that inspire many. Amen.

Dear Father, American business leaders have complained that the Chinese trade policies are unfair. It has been reported that the Chinese government requires American companies to share their technologies, via joint ventures, with Chinese firms before they will be permitted to sell their products to the world’s largest market. President Trump has responded by putting tariffs on Chinese steel and aluminum. China has responded by putting tariffs on 100 American products. Trump is expected to respond with additional tariffs on Chinese products and by taking measures to restrict Chinese investment in the U.S. economy. This trade war is having a negative impact on our economy. The stock market has plummeted. The consumer electronics market is expected to be hit hard by the tariffs. Chinese tariffs on pork are impacting farmers in Trump supporting states such as Iowa, North Carolina, and Indiana. Therefore, Trump’s policy has been criticized by business leaders, the Democrats, and by members of the Republican Party.   Father, You are the leading expert on economics and trade policy.  You have been watching nations trade goods and services since the beginning of human history.  I ask that You will orchestrate Your solution to this trade crisis.  I ask that the men and women in both countries who are in the place to negotiate a trade agreement will have wisdom and understanding from You.  Give them the ability to compromise and make concessions.  May this crisis have an injection of godly character.  I pray that You will protect the innocent farmers and small business owners in both of these countries.  Father, may this trade crisis be resolved in such a way that Your church is advanced in both countries. Amen.

Dear Father, the National Football League is the most popular professional sport in America. There are 32 teams that compete for the Super Bowl Championship each year. 26 of these teams have cheer leading squads consisting of attractive young professional women who dress and dance provocatively for the male dominated fan base. The women are asked to make many public appearances in their cities. It is reported that the women who serve as cheerleaders suffer with strict regulations about their appearance and what they can and cannot do in both their public and personal lives. While the NFL teams claim they regulate the women for their own protection, many of the women are put into vulnerable situations where they often experience sexual harassment. For example, they are asked to venture into the stands, wearing their skimpy outfits, to sell calendars. They put up with all of the rigid controls, humiliation, and low pay for the ability to say they were an NFL cheerleader and because there are thousands of other women eager to take their place. NFL cheerleaders have been in the news recently because Bailey Davis has filed a complaint against the NFL after she was fired from the New Orleans Saintsations because of a photo she posted on her own Instagram account.  Father, I really don’t know how to pray about this.  I know the Holy Spirit does.  Hear His prayers on their behalf.  However, I do know that Jesus was a revolutionary in that He treated women with dignity and honor, showing a patriarchal society of that time that God empowers women to serve Him just as much as He empowers men.  Father, I pray for a spiritual revival to occur among the 26 NFL cheer leading squads.  May the women find purpose through a personal relationship with You.  May the women find dignity, honor, and respect by being key contributors to the advancement of Your church.  Father, lead them to a place where they long to show their godly character far more than they long to show their physical attributes.  Father, I also ask that You deliver the women from sexual harassment and injustice.  Amen.