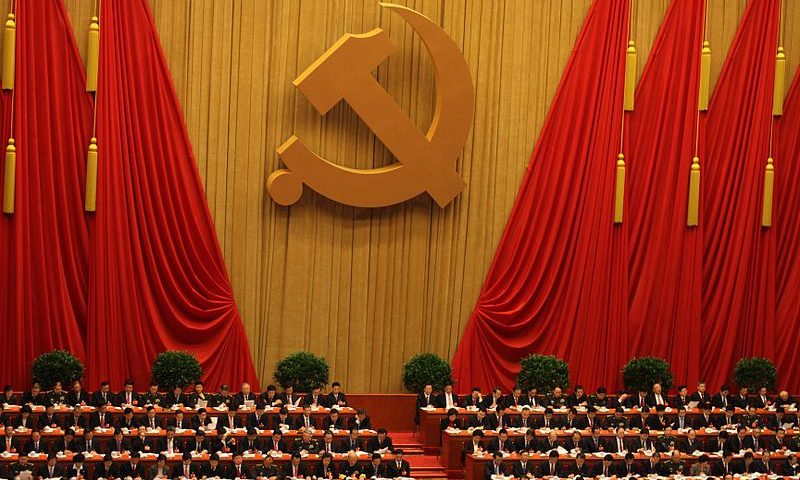 Dear Father, it has been reported that the Communist Party of China is eliminating term limits. The move will enable President Xi Jinping to continue in office throughout his lifetime. The National People’s Congress is expected to endorse the change next week. The Chinese government is taking action to silence citizens who are objecting to the move on social media. The NPC is also modifying the constitution to include Xi Jinping’s political philosophy. State-run newspapers are celebrating the moves by the Communist Party, speaking of the many social and economic benefits of an empowered Communist Party without competition. The news articles site the flaws in Western governments as evidence the Chinese system will be successful. Father, I ask that You do what needs to be done in China so that Your church prospers and individual believers can grow in their relationship with You. Protect and guard the assembly and services of local churches. Empower believers to share the love of Christ through their testimony and through acts of compassion throughout China. I ask that Your will be done with the term limits issue in China. May the actions of the Communist Party actually expand and strengthen the church in China. Amen.

Dear Father, the Pentagon confirmed yesterday that the first transgender recruit has signed up for military service. This action is contrary to the expressed policy of the Trump Administration. However, the Trump policy to ban transgenders from the military is not yet legally enforceable. The issue remains in litigation in the courts. Many civil rights advocates celebrate this news while opponents do not believe the military should be involved in social engineering. Father, I respond to this simply by praying for this anonymous transgender recruit. You love him or her. You created them. You desire to have a personal relationship with them. Father, I ask that their experience in the military will result in their hunger to know You and to serve You. Transform their mind and soul. Give them a testimony that inspires many to place their faith in Jesus Christ. Meet whatever physical, emotional, and spiritual needs they have and may they give thanks to You. As far as whether or not transgender people should serve in the military, I defer to Your will and Your wisdom. Do with that issue as You see fit. I do ask that there will be a spiritual revival that sweeps through the military. I also ask that our fighting men and women will be united, trained, and strong to defend our nation against all foreign threats. Amen.

Dear Father, an article in the New York Times today discussed the devotion white evangelicals have with the Republican Party and the Trump Administration. The article focuses on the work of Franklin Graham, the son of the late Billy Graham, who took over his father’s ministry in 2001. Franklin is known for his acts of charity, especially through the Samaritan’s Purse organization. However, he is also known for taking a partisan stance in favor of conservative Republican policies and politicians. He is not following in his father’s footsteps in this issue. Billy, who expressed deep regret publicly for any partisanship he exhibited during his career, desired to remain outside of politics. His message was intended to unite both liberal and conservative and Democrat and Republican. Franklin has clearly chosen sides. Father, I am convinced that the core problem in America is a spiritual problem. It is not a political problem. Our country is struggling because we have turned our backs on You. The solution for this will not be found in Washington or in our state capitals. The solution for what ails America will be found in our local churches. Believers need to share their testimonies with a hurting world. Believers need to demonstrate acts of compassion, showing the love of God to those in their community who don’t go to church. If Christians all over this country would share their faith and demonstrate the love of God to their neighbors, many of our societal ills would be fixed. A nation that obeys Your command to love our neighbors will certainly be a nation with less violence. Father, I ask for a sweeping movement in the church. Lead believers away from the idea that politicians, legislatures, or the courts can solve our problems. Lead believers to the understanding that the church must do more in their local communities to give evidence that Jesus Christ is real and relevant in the 21st century. Lead believers to volunteer and to courageously share their testimonies. Amen.

Dear Father, it has been reported today that the number of exorcisms in Italy has increased three fold. There are now an estimated 500,000 exorcisms each year in Italy. The report cites that experts believe the increase in fortune telling and tarot card reading has opened many people to demon possession. Others are concerned about the impact Ouija boards have on demon possession. The Vatican is calling for an improvement in exorcism training for priests. Father, the Gospels make clear that demon possession was a very real problem in the first century. Jesus freed many people from possession. There’s no reason to believe there are any less possessions in 2018. Father, I ask that You will scan the globe today and find people who are demon possessed. Orchestrate their release from bondage. Exorcise the demons out of their bodies. Turn their hearts and minds over to You. May they become witnesses to the amazing transforming grace and mercy of Jesus Christ. Give them peace and joy they’ve never experienced before. I pray You will protect the innocent from those who are possessed. Provide the church with the trained resources it needs to combat demon possession. Prove You are far greater than any dark power that wants to destroy lives. Amen.