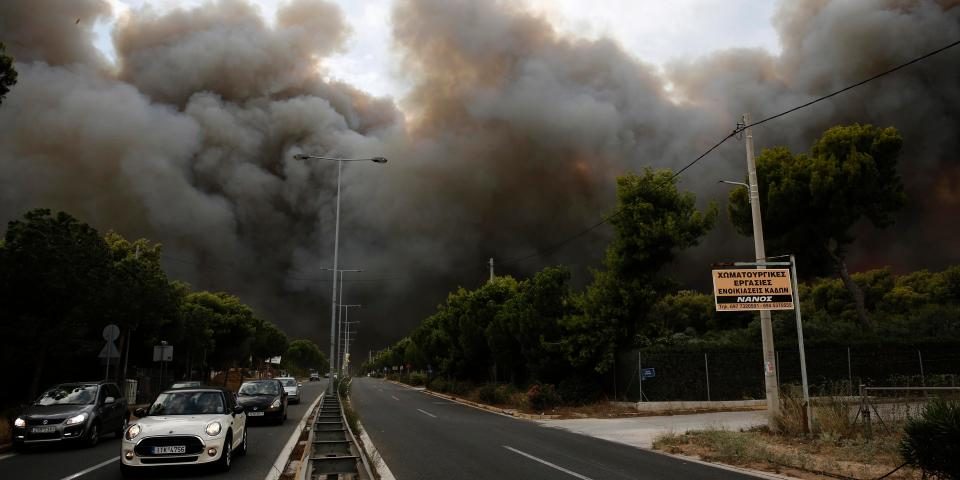 Photo from The Sun

Dear Father, Faisal Hussain, 29, killed two people and injured 13 others when he fired shots at pedestrians and people in crowded restaurants on July 22 on Danforth Avenue in the Greektown area of Toronto. The shooter, who had been diagnosed with psychosis, committed suicide after a gunfight with police. Reese Fallon, 18, and an unnamed 10-year-old girl, lost their lives in the incident. It has been reported that the shooter is from a family that has experienced great hardship. A sister died recently, a brother is in a coma, and the father has Parkinson’s disease. Faisal’s family has expressed shock and horror that Faisal shot innocent people.  Father, turn this nightmare into something good.  Show Your deep love for those who grieve the loss of the two girls.  May Your incredible comfort, compassion, kindness, and mercy, as expressed through the loving acts of Your church in the Toronto area, inspire a spiritual transformation in the families of the deceased.  Write testimonies of Your amazing deliverance in the hearts of grieving family members.  Bring full healing to those who were injured physically or emotionally by the shooting.  May those who were wounded take this opportunity to reconsider their need for You in their lives.  Father, show Your kindness also to Faisal’s family, especially if they mourn the act of evil that their son has committed.  May they feel Your grace and mercy in a life transforming manner. Amen.

Dear Father, Greece is struggling to control and extinguish several wildfires that are ravaging the region surrounding Athens, Greece. Over 60 people have died, over 150 people have been injured, and over 1,000 homes have been destroyed. The towns of Kineta and Mati have been devastated by the fires that are believed to have been started by arson. The fire, fed by high winds, has forced many tourists to find shelter in the ocean. The government has asked for international assistance.  Father, please help the authorities and fire fighters in Greece extinguish these fires.  Alter the wind.  Bring in storms to douse the flames.  Father, use this disaster as an opportunity for many to reconsider their need for a personal relationship with You.  May there be a wave of people understanding that us humans cannot control things like You can.  We are not god.  Only You are.  Please do not allow disasters like this to happen without people learning that lesson.  Father, show Your kindness today to all whose lives have been permanently changed by this fire.  Meet their emotional, physical, and spiritual needs. Amen.

Dear Father, the Xe-Pian Xe-Namnoy hydroelectric dam, under construction since 2013, has collapsed in Attapeu, Laos. It is estimated that over five billion cubic meters of water rushed downstream, flooding many communities. Hundreds are missing and over 6,000 have lost their homes. Upon completion in 2019, the dam was intended to generate over 1,800 gigawatt hours of electricity per year, 90% of which would be sold to Thailand. Construction of the dam has been controversial as many of the nation’s poor were evicted from their homes and relocated to areas without adequate farmland and water supply. The government of Laos is overseeing the building of dozens of dams with their objective to boost their economy by exporting electricity to nearby nations. This particular dam could not handle flooding from recent torrential rains.  Father, here we have another tragedy that proves we are dependent upon You.  We need You to keep us safe and to provide for us.  We must stop taking You for granted, ignoring You each and every day. Forgive us for neglecting our relationship with You.  Father, rescue individuals and families in Laos even this very hour.  Give them the food, shelter, and medical treatment they need.  May this tragedy enable Your church in Laos to build new connections with people who are seeking answers about life and who are crying out to You for deliverance.  Father, use this dam collapse to deepen people’s faiths and to grow Your church. Amen.

Dear Father, I remember watching Guy Lapointe play defense for the Montreal Canadians in the 1970s. With Guy Lapointe, the Canadians won four consecutive Stanley Cup championships, dominating the rest of the league in both the regular season and the playoffs. Guy’s son, who has the same name, has become a police inspector. Guy Jr. has been active in the arrest of members of motorcycle gangs and the confiscation of their property. The gangs are accused of selling cocaine, methamphetamine, and Fentanyl. They have also been accused of sex trading, money laundering, and fraud. Both father and son are in the news because both have received death threats from the motorcycle gangs.  Father, I ask that You protect the Lapointe family from acts of violence.  Watch over them.  More importantly, bring them both into a personal relationship with Jesus Christ.  May He be their source of peace when others threaten their lives.  Father, I ask that You bring about a spiritual revival in the motorcycle gangs in Quebec.  May key leaders of the gangs have “Damascus-road” encounters with You and experience the transformation of their hearts.  Father, this is another situation that the evil one has crafted to lead people away from You.  Turn it into something really good. Amen.