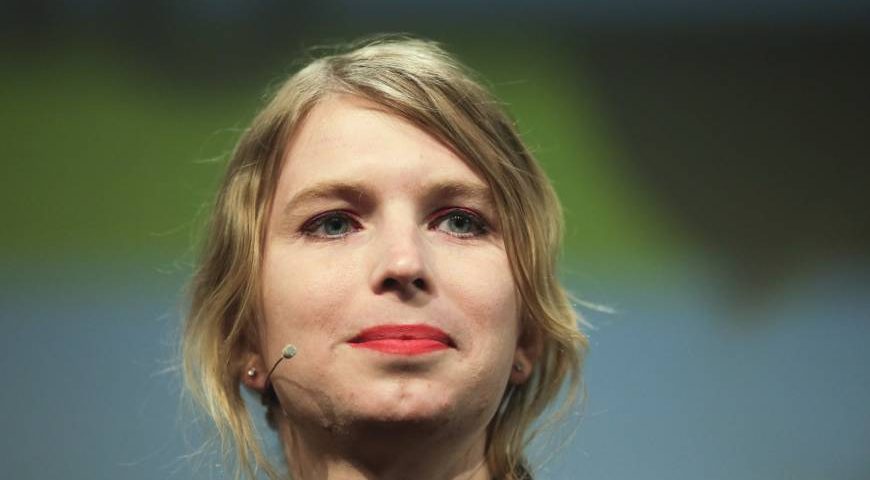 Dear Father, a boy named Bradley was born in 1987 to Brian Manning and Susan Fox. According to Bradley’s older sister, Casey, both of Bradley’s parents were alcoholics and his mother drank heavily when she was pregnant with Bradley. Bradley, who grew to be only 5’2″, has been diagnosed with fetal alcohol syndrome. It has been reported that Casey took care of her brother in a very troubled home. It has also been reported that Bradley was without supervision and that neighbors conspired to care for Bradley in the parent’s absence. The parents divorced and his mother remarried and moved with him to Wales. Bradley, who came out as gay, was apparently a victim of bullying in Great Britain. He returned to the United States to live with his father. While his relationship with his father was good, his relationship with his step-mother was not. The law got involved and Bradley was asked to leave the home. He went to live with an aunt in Maryland. Struggling with being effeminate, Bradley joined the military in hopes to reclaim his masculinity. He continued to experience bullying by other soldiers. He was sent to New York where he had his first serious relationship with another man. That man introduced him to a hacking community in Boston. Bradley got involved with the Washington DC gay activist community. He was transferred to Baghdad where he gained access to sensitive military information. By this point, Bradley was sharing with counselors that he longed to become a woman. There are reports of psychiatric incidents, including an incident where Bradley had to be restrained after turning violent in counseling sessions. Bradley decided it was time to strike back at the US government. He downloaded nearly 500,000 military documents and released them to WikiLeaks. Bradley was arrested, tried, and convicted for aiding the enemy, a capital offense. While in prison at Fort Leavenworth in Kansas, Bradley began the transition into a woman named Chelsea, expecting federal government assistance. “Her” time in prison included protests and two suicide attempts. President Obama commuted Chelsea’s sentence to time served on January 17, 2017. She ended up serving approximately 6 of the 35 years she was sentenced to serve. Since her release from prison, Chelsea has embraced her new female persona. With part of the public celebrating her gender transition and her release of classified documents, and the other part of the public resenting her for the same reasons, Chelsea’s life has been one of controversy. She decided to run against incumbent Ben Cardin for the U.S. Senate seat for Maryland. She is in the news today because she tweeted a suicide message on Sunday, including a photo of her on the ledge of a tall building. It has been reported that she is currently safe, being cared for by friends. Father, speaking to You about her as the woman she believes she is, Chelsea needs Your grace, mercy, and compassion. She has had a very hard life. She is clearly suffering from a troubled childhood where she was the victim of abuse. It is evident she does not understand Your deep love for her and she is struggling to survive without that understanding. Father, pour Your love into her life. Yes, like all of us, she has rebelled from You. She needs to confess her rebellion and to surrender her life to You. I ask that You lead her to that decision point, the moment when she realizes You are all she needs and it is through You that she can find her purpose, meaning, and inner peace. Father, arrange divine encounters for her with Jesus Christ. Orchestrate loving acts of kindness by truly godly men and women in her life. Father, enable her to one day look in the mirror and to see that Bradley Manning was a boy, and a young man, who deserved love and respect. May she see that Bradley is deeply loved by God. May she see that Bradley can still be an amazing man of God who touches lives for Christ. Father, deliver Chelsea from all the inner self-hate and bitterness with life that could lead her to consider suicide. Protect her from hurting herself. Perform a miracle and transform Chelsea into the strong man of God You made “him” to be. Amen.

Dear Father, Jesse Duplantis, 68, is a televangelist based out of Louisiana. He is well-known for preaching the “prosperity gospel”, the belief that those who walk with You can be expected to enjoy success, wealth, and health. He is in the news today because he is asking his followers to donate $ 54 million so his ministry can buy a Dassault Falcon 7X jet. His ministry, Jesse Duplantis Ministries, has already purchased three other jets. His reasoning for the need for the new jet is to travel around the world without needing to refuel. He claims that if Jesus were on earth today He would be traveling in a jet as well, avoiding the “demons” on commercial airplanes. Father, I know that You use adversity and suffering to refine our characters. I know that people learn perseverance through hardship. I know that You desire for us to long for spiritual treasures in heaven. I know that the pursuit of wealth is contrary to the pursuit of godliness. I also know that our commercial airplanes are filled with hurting people we can strike up conversations with and give them encouragement and hope. I know that $ 54 million could purchase 5.4 million $ 10 meals for the hungry. It could purchase 540,000 $ 100 counseling sessions with Christian counselors. It could purchase over 1,200 adoptions. It could support the same number of missionaries at an annual salary of $ 40,000. Father, if Jesse Duplantis is truly hearing Your voice about purchasing the plane, if it is in Your will for Your ministry, I ask that You raise the money and provide a safe plane. I ask Your blessings on all the flights. If, however, Jesse’s intention to purchase a plane is outside of Your will, I pray You will orchestrate events such that every $ 1 that would have been donated for the purchase of the $ 54 million plane will be redirected to help other peole in need to understand Your love for them. Father, work in Jesse’s heart today, leading him into a place where his heart is fully surrendered to You. Amen.

Dear Father, one person is missing after heavy rain caused flash floods, six feet deep in some places, that decimated downtown Ellicott City, MD this weekend. Eddison Hermond, 39, was last seen late in the afternoon on Sunday with some reporting they saw him swept away by the floodwaters. The flooding caused great damage to downtown Ellicott City, a tourist destination. Father, I ask for Your grace and compassion to be abundant to the friends and family of Eddison Hermond. Father, comfort them. Walk with them through their grief. Show Your deep love in each of their lives as they mourn. Use this tragedy to lead people into a personal relationship with You. I also ask for Your kindness and mercy for those whose properties were lost or damaged by the flood waters. Father, comfort them. Meet their needs. Restore them financially. May they experience all of this blessing and know it came from You. Father, spark a spiritual revival in Ellicott City that turns this tragedy into a blessing for the community. Amen.