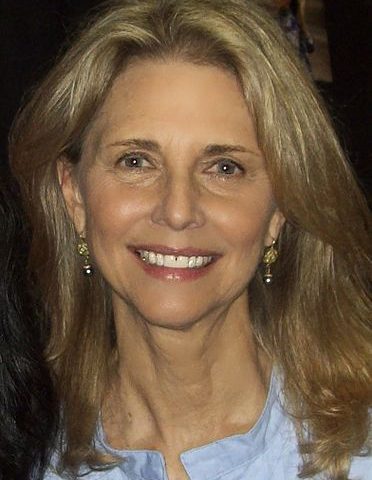 Photo from Johnmaxmena2 of CreativeCommons

Dear Father, Cristina Garcia, a California state lawmaker, has been one of the leading voices in the #MeToo movement, a movement to empower women to defend themselves against sexual misconduct. She was recently on the cover of Time Magazine for her role in the movement. She is in the news today because four former employees have filed formal complaints against her, alleging that they were all victims of her sexual misconduct. Though she has denied any wrongdoing, the charges have led to Garcia’s voluntary leave of absence from her legislative position until authorities have time to complete their investigation. Father, this is a story of the corruption of the human heart. If the charges are true, Cristina will be an illustration of hypocrisy. In defending female victims of sexual misconduct, she spoke favorably of immediate consequences for any man who is simply accused of inappropriate behavior. In her situation, she is calling for due process and for her to be considered innocent until proven guilty. However, if she is innocent of the charges, we have the case where people are deliberating lying to attack the reputation and character of a leading voice in a movement. In either case, this story is not complimentary to human character. Father, may truth and justice be victorious in this case. May the innocent be proven innocent and may the guilty be proven guilty. More importantly, I ask that You do work in the lives of all five of the individuals in this story. May they have spiritual encounters with You that change the direction of their lives. Transform their hearts and minds. Turn them into advocates for Your honor and glory. Give them the peace of mind and joy of heart that comes when people experience Your love in full. Father, yes, I ask even for a miracle – that the accused and the accusers will one day embrace as brothers and sister in Christ. Amen.

Dear Father, George Clooney is an award-winning American actor who rose to fame in the late 1990s as the character Dr. Doug Ross on the medical Drama ER. The role led him to star in major Hollywood films. He has become a director, producer, and screenwriter. He recently sold his business, Casamigas Tequila, for $ 1 billion. He has donated funds to relief efforts and to liberal and progressive organizations such as the Southern Poverty Law Center. He is in the news today for giving $ 500,000 to March for Our Lives, a student-led gun-control movement targeting a March 24, 2018 march on Washington that was launched in response to the Stoneman Douglas High School shooting last week. There are political pundits who are speculating that Mr. Clooney is positioning himself from a run for President of the United States in 2020. Father, as influential as Mr. Clooney is, he is still a human being. He has weaknesses, needs, vulnerabilities, insecurities, and anxieties just like everybody else. He will not take his fame and fortune with him beyond the grave. He will be accountable to You for his life just like everyone else. Father, I ask that You have mercy on George Clooney and bring about His spiritual rebirth. Give him a life-changing encounter with You that transforms his heart and mind. May we here of Mr. Clooney’s authentic faith in the 2020s. In the meantime, address his personal concerns today. Bring in godly voices into his life and may they direct and guide him. Father, may his heart long to use his influence and his wealth on initiatives that foster and celebrate the importance of godly character in our nation. May George himself understand that the ultimate gun-control in our society is the movement of the Holy Spirit, the fruits of whom are love, joy, peace, kindness, gentleness, goodness, faithfulness, patience, and self-control. People with those character traits could own a million automatic weapons and never hurt a soul. Amen.

Dear Father, Alabama police officer Jusin Billa was killed in the line of duty late Tuesday night in Mobile. Police were called to the scene of a woman found dead in the middle of a road. The woman’s ex-husband, Robert Hollie, was identified as a person of interest in the woman’s death. Police were approaching Mr. Hollie’s home when the officer was shot. The suspect died a short-time later, shot either by the police or by self-infliction. Father, many people are grieving in this tragedy. These people include the friends and family of the woman who was found slain, the friends and family of the police officer, and the friends and family of the suspect. It is heartbreaking. Father, I ask that You pour out Your comfort, compassion, mercy, and grace into all of those who suffer and grieve today because of this incident in Alabama. May they feel Your presence. May they experience miraculous peace, joy, and hope even as they prepare for the burials of their loved ones. Use Your church to minister to those who are in great emotional pain. Father, use this tragedy to bring people into personal relationships with You. May someone point back to this night of violence in Alabama as the spark that led to their spiritual rebirth. Father, thank You for the public service of Officer Billa. Like millions of other men and women around our nation, he was willing to die for the safety and protection of his local community. May his ultimate sacrifice and his memory be honored for years to come. Father, meet the needs of his immediate family even this very hour. Amen.

Dear Father, Lindsay Wagner is an Emmy Award winning American film and television actress. She was the star of the 1970s television series “The Bionic Woman”. Her popular character, Jaime Sommers, a tennis player, died in a parachuting accident in “The Six Million Dollar Man” television series. However, fans of the show complained and she was brought back to life, allegedly through a top-secret medical procedure where she was given biomechatronics resulting in her having super human hearing and speed. Her character then set out on a secret career, masked by her day job as a school teacher, using her powers to fight evil on behalf of an altruistic government. Lindsay committed to the role after insisting the character would not be sexualized and there would be no violence in the series. Forty years after the cancellation of the show, Lindsay is starring as the mother of Sansom in the PureFlix film Samson. Lindsay, divorced four times and a mother of two, has reported that she experienced a dramatic healing from ulcers in her youth thanks to the work of a Christian pastor and meditation. She has stated she has a relationship with Jesus Christ. The role is an opportunity for her to express her faith. Lindsay is an author and a retreat speaker, encouraging people to release their negative emotions. Father, I ask for Your blessings on Lindsay Wagner. Strengthen her faith. Draw her even closer to You. May she experience more and more of the blessings of a personal relationship with her Creator. I ask that she will lead many people to You. Meet whatever personal needs she has today and give her ample reasons to thank and praise You. Father, the critics are already panning this Christian movie. Nonetheless, use Samson for Your purposes. May there me people who see it whose lives are somehow spiritually renewed because of the message of the film. Amen.

Dear Father, two girls from Russia, Maria Vinogradova, 12, and her sibling Anastasia Svetozarova, 15, jumped to their deaths from the 10th-story of a building in Izhevsk, Russia. Maria is reported to have been depressed after her mother intervened to stop a relationship the girl was having with a boy. Anastasia, who was also depressed, used her phone to record a goodbye prior to the jump. Investigators are looking at the role the Blue Whale had in their deaths. The Blue Whale is a name for a “game” where the participants are told what self-harming tasks to take over a 50-day period, the last task being their intended suicide before a live Internet audience. Reports of suicides from this game, or similar games, have been reported in Bangladesh, Brazil, Bulgaria, India, Italy, and Russia. Major-General Alexey Moshkov, of the Russian Interior Ministry, has estimated that over 1,300 online suicide groups have been identified with over 12,000 users and 200,000 posts. Father, I pray for Your mercy and grace to pour into the lives of the family members who lost two children to suicide in one leap. Turn this evil into a good by leading this family into a personal relationship with their loving Creator. Father, I ask that You will defeat any evil intent to lure depressed teens into suicide. Destroy their efforts. Make their organizations fall apart. Break their software. Disconnect them from the Internet. Break the spell they have over the teens. May vulnerable teens become aware of the deception and lies and stay away from their influence. I ask that You will save young lives today all over the world who are considering suicide. Don’t let them leap over the edge. Keep them safe. Bring into their lives godly people who love them and will disciple them into a new love of life and hope for the future. Amen.