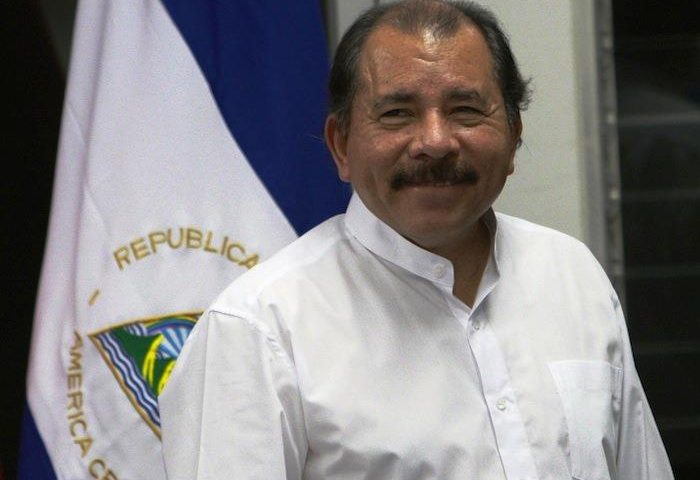 Daniel Ortega has been the President of Nicaragua since 2007. A leftist, Ortega had previously served in the office between 1985 and 1990. Prior to that, Ortega, who had been trained by the Castro regime in Cuba, had led the Sandinista National Liberation Front in the Nicaraguan Revolution, the takeover of the country from President Anastasio Somoza Debayle in 1979. He quickly implemented wealth redistribution programs. Relations with the U.S. broke down in the 1980s when Ortega’s government supplied weapons to El Salvador’s leftist rebels. The Reagan Administration provided financial support for the Contras, a right-wing resistance movement in Nicaragua that sought the overthrow of Ortega. The campaign was successful. Ortega was voted out of office in 1990. However, he regained favor in the country by moving away from the left and taking more centrist positions. He also supported the Catholic church’s ban on abortions. After two failed presidential campaigns, Ortega won the 2006 election and returned to the office of President. Ortega, who has an alliance with Venezuelan President Hugo Chavez, and his wife, who serves as vice president, have been accused of being dictatorial. Nicaragua is in the news because of civil unrest in the nation that began as protests against cuts in social security but quickly intensified as protests against Ortega’s human rights violations. Millions of citizens have demanded democracy in the country which has led to clashes with government forces and the deaths of over 200 people. It has been reported that forces aligned with the government set a pastor’s home on fire, burning him and his family alive. The citizens of Masaya, one of the largest cities in the country, have taken matters into their own hands, setting up their own government, kicking Ortega’s government out of the city.  Father, You are sovereign over everything that takes place in the nations of this world.  You are sovereign over the events taking place in this Central American country.  We know that Your number one objective is the growth and expansion of Your church in the nation.  You want as many people as possible to have their lives transformed by their encounter with Your love demonstrated by the church.  Therefore, I ask that Your church will grow in Nicaragua because of this crisis.  I also know that You love justice and You love to protect and defend the innocent.  Father, do so in this nation.  Protect the poor and the needy who cry out to You for deliverance.  Become their defender.  Father, I ask that You work in Daniel Ortega’s life in such a way that he becomes a believer in Jesus Christ.  Give him a “Damascus Road” experience.  Transform his heart, soul and mind.  May his influence be an opportunity for the message of the love of Christ to spread throughout the country.  Meet whatever his needs are today and may he know clearly that the blessings come from You. Amen.

Dear Father, You created menstruation when You designed the human race. It is the natural process each month where a woman’s body prepares for pregnancy. When no pregnancy occurs, the woman’s body discards the protective lining that had formed in the uterus to protect a fertilized embryo. This is called her “period”. In the West, women can afford the products and services they need to maintain a normal life and normal activity despite having their periods. However, that is not the case for the women who live in the poorer nations of the world. Many societies, such as the society of rural western Nepal, believe a menstruating woman needs to be banished from the community, welcomed back home only when her period has ended. In a practice called “chhaupadi”, these women must live in deplorable conditions away from the community, conditions so bad that many have died. The presence of a menstruating woman is considered a bad omen, certain to draw evil into the home. Your compassion for these women is evident in that the Nepali government will soon implement a new policy wherein this practice has become a crime punishable by up to three months in jail. However, experts predict the plight of women in Nepal won’t be easing anytime soon. Families will find ways to maintain the tradition without the government knowing about it. Women will still be forced into child marriage. Domestic violence will still be high. Many women will continue to injure themselves forced to carry heavy loads. Women and their babies will continue to be ostracized after giving birth. Father, I ask that You work in every corner of the globe where the superstitious belief in “chhaupadi” is practiced. End this practice. Give vulnerable women the protection and safety they need. Keep them in their homes with their families every day of the month. Tear down the menstruation huts, metaphorically and literally. Have compassion on women whose bodies each month are only doing what You’ve instructed them to do. Defeat societal violence against women wherever it occurs. Keep newborns safe in lands where they are banished along with their mothers from villages. Father, empower Christian ministries that You have risen up to serve the needs of menstruating women around the world. Father, thank You for loving every human being. Amen.