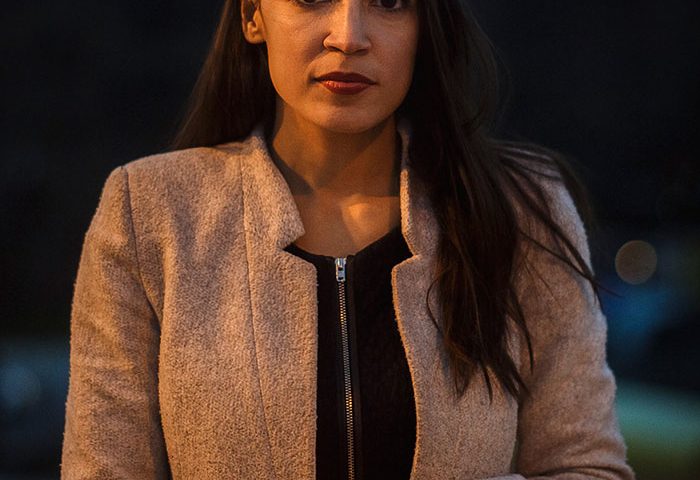 Dear Father, Alexandria Ocasio-Cortez, 28, has defeated 10-term incumbent Rep. Joe Crowley in a primary election in New York’s 14th Congressional District. Rep. Crowley was on a short-list of potential successors to Nancy Pelosi as the Minority Leader in the U.S. House of Representatives. Many progressives are delighted this morning as Alexandria is a leader in the progressive group Democratic Socialists of America. During her campaign, Alexandria advocated for universal health care, a federal jobs guarantee, and the abolition of I.C.E. (U.S. Immigration and Customs Enforcement agency). Progressives believe this is another indicator of a turn to the far-left by the American electorate. However, Crowley’s defeat may speak more about this particular campaign and less about a national movement. A young female Latino, regardless of her political agenda, is likely to be supported in a district dominated by immigrants from Ecuador, Colombia, Bangladesh, Korea, and Pakistan. It has been reported that Alexandria did an excellent job taking her message door-to-door in the community. In addition, Joe did not attend a debate against Alexandria, suggesting that he did not take her seriously as a candidate.  Father, I ask that Your will be done with respect to who ultimately wins the 2018 election for this congressional seat.  If it is Your will that Alexandria win’s the election over her Republican opponent, I ask that You give her the character, wisdom, and understanding she will need to effectively lead this district.  Father, I ask that You will work in her heart, even as her campaign continues this summer.  Give her a hunger for a personal relationship with You.  May she seek Your help.  May she surrender life to You and look upon her political ambitions as an opportunity to serve You.  Father, bless her with the provision of her needs and with her protection and safety.  Give her many reasons to thank You and I pray that she will do just that. Amen.

Dear Father, Hamilton Nolan is a writer for Splinter, a progressive publication owned by Gimodo Media which is owned by Hispanic media giant Univision. Hamilton is in the news for his recent blog article which warned Trump supporters of coming violence in America against them. He claims there will soon be a wave of bombings by progressive activists similar to the bombings of the 1970s that were led by Bill Ayers, a communist revolutionary. Hamilton suggested liberal mobs who are harassing members of the Trump Administration when they are out in public is just the beginning of the war. As expected, Trump supporters have responded to Hamilton’s threat with their own, suggesting they are ready to use similar tactics against the progressives and that they have greater numbers. Father, Hamilton’s call for violence appears to be a sign that progressives fear they will not be able to achieve their objectives through more peaceful means. They have recently begun to attack not only the character of the Trump Administration but also Trump voters, calling them “Nazi’s”. Father, the polarization of our nation seems to be intensifying.  Left and right seem to be digging foxholes and stocking ammunition for an upcoming conflict of ideologies.  Father, we need You to maintain peace in America.  Only You can do that.  For the sake of Your church in America and the mission You have called us to do, please be merciful and prevent another civil war.  May those individuals who are inclined to negotiate and compromise to maintain the peace rise to the surface and take leadership of the various political factions.  As for Hamilton, I ask that You work in his life and bring him into a personal relationship with You.  May he discover Your deep love for him in a life-transforming way. I ask that in the future Hamilton will be writing about Your goodness, inspiring his readers to place their trust in You. Amen.

God is On Our Side

Dear Father, U.S. Representative Maxine Waters, a Democrat representing California’s 43rd Congressional District, recently told a rally against the Trump Administration in Los Angeles that “God is on our side.”  Father, I do not believe You are eager to take sides in the political battles of America.  Father, You have already identified the “program” that will lead America to peace and prosperity – it is the growth of Your church in the hearts of people across this nation.  Father, You side with evangelism, ministry, and discipleship far more than You side with liberal or conservative, Democrat or Republican.  You don’t look at the illegal immigration issue as a matter of the advancement of a political agenda.  You look at illegal immigration as an opportunity for the advancement of Your church.  Father, work with politicians like Maxine Waters so that they understand that Your priorities are not political in nature.  Your priority is that this nation seeks forgiveness from You through Jesus Christ for our rebellious hearts and that we surrender our lives to You.  When we do, we will become as a society more loving, joyful, peaceful, patient, kind, good, faithful, gentle, and self-controlled. You will certainly be on the side of any nation that humbles themselves before You.  Father, bless this nation with a spiritual revival. Amen.

Dear Father, the Gross Domestic Product (GDP) is a monetary measure of the value of all final goods that are produced in a country within a particular time period. A report was recently released that stated the U.S. debt will reach 100% of GDP by the year 2028 and 152% of debt by the year 2048. Any percentage over 100% indicates the economy will not be able to generate enough money to pay the interest on U.S. debt due within the time period. Some experts are predicting that interest for all U.S. debt will surpass Social Security, the largest federal program, by 2048. The Trump tax cuts, which decrease federal income and which are scheduled to last through 2025, are cited as a major reason for this.  Father, I ask today that You take care of our economy.  I understand that economic downturns and crises are one of the ways You can wake up our nation to turn our hearts to You.  However, an economy burdened with unmanageable debt is in risk of increased financial misery for not only citizens but also for ministries who rely on donations  to continue to do their work.  For the sake of all the thousands of ministries dedicated to You across America, do what You can to keep this economy strong.  Help us to reduce the debt as a spiritual revival spreads across this nation. Amen.

Dear Father, U.S. District Judge Dana Sabraw, of San Diego, is in the news today. An appointee of President George W. Bush, Sabraw has ordered the U.S. Border Patrol to immediately stop the separation of children from their parents who are held for illegal immigration. He has also ordered the reuniting of family members within 30 days and the reuniting of children under 5 within 14 days. It is estimated that there are 2,000 children who have been separated from their parents by U.S. border patrol agents. Seventeen states have filed lawsuits demanding the end of the policy. Two families took their case to court in San Diego which led to this judge’s decision. Many people believe the illegal immigrants should be treated with compassion as they are fleeing gang violence in their Central America. Many others believe that gang members and terrorists are hiding among the refugees, a reality that necessitates the U.S. properly vet each illegal immigrant before releasing them into our communities.  Father, be compassionate and merciful to each and every illegal immigrant, and their family, who is truly a victim of tyranny and oppression.  Father, give them refuge in a place where they will encounter Your love and the ministry of Your church.  Enable them to become citizens of our nation through legal means.  However, I also ask that You give our government effectiveness to identify those with malicious intent who are posing as innocent immigrants.  May those individuals be detained and blocked from entering our country.  Amen.

Dear Father, Lesandro Guzman-Feliz was recently stabbed to death in the Bronx by eight members of the Trintarios street gang. He was mistaken for another young man who allegedly had a sexual relationship with a woman associated with the gang. Two men were arrested in New York. The other six fled to a gang headquarters in Paterson, NJ where they were arrested by NJ police. Yesterday was their extradition hearing. They are scheduled to appear in court in the Bronx and to be charged with murder. The eight men accused are Jose Muniz, 21, Jose Tavarez, 21, Manuel Rivera, 19, Danel Fernandez, 21, Santiago Rodriguez, 24, Joniki Martinez, 24, Kevin Alvarez, 19, and Elvin Garcia (age unknown). This same gang was recently accused of seriously injuring a 14-year-old boy who broke up with a girl affiliated with the gang.  Father, I ask again for Your grace and mercy for the family of Lesandro Guzman-Feliz.  Comfort them as they grieve the loss of this young man.  Transform lives through their grief and may his passing lead to a spiritual revival within his community of survivors.   Father, it is easy to look at these men who have been charged in Lesandro’s death as criminals deserving the condemnation of all the decent people of our nation.  I certainly ask for justice for the victim and his family.  May those responsible for this horrendous crime be convicted and may they serve a just sentence in prison.  However, I also ask that You will have mercy on each one of these men.  Father, target them for spiritual transformation.  Figure out a way so that Jose, Jose, Manuel, Danel, Santiago, Joniki, Kevn, and Elvin will hear the gospel, their hearts will be softened, they will seek forgiveness from You through Jesus Christ, and they will be forgiven of their rebellion from You in His name.  Father, may one or more of these men develop a deep love for You.  Give them a ministry both inside and outside the prison. Amen.