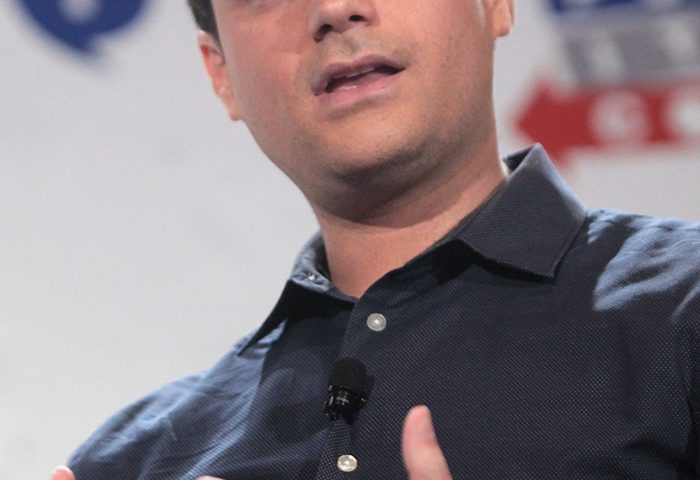 Dear Father, Roseanne is an American television sitcom about working-class families. The show aired between October 18, 1988 and May 20, 1997. Many consider Roseanne to be one of the most successful television shows of all-time. The show is in the news today because a new season is about to air. The Connor family has aged 20 years but the matriarch of the family, Roseanne, still dominates as the “domestic goddess.” The character is now an outspoken supporter of Donald Trump. Roseanne Barr, 65, the actress who plays the part of Roseanne, has won both an Emmy and a Golden Globe for her performance on the show. Roseanne Barr has been a comedian, a writer, a talk show host, and a television producer. She ran for President of the United States in 2012 representing the Peace and Freedom Party. She has been an advocate for LGBT rights. Roseanne has had five children, one of whom she gave up for adoption. She has been married three times. She has accused her parents of incest, an accusation her parents and gay siblings have publicly denied. She later recanted on that claim, stating she was under the influence of prescription drugs when she spoke. She has shared that she has both macular degeneration and glaucoma and that she is losing her eyesight. Father, You gave Roseanne life. You brought her into this world because of Your desire for her to know You and to walk with You. I ask that You will lead her through a series of circumstances to the point that she will encounter the gospel of Jesus Christ in a truly life changing manner. Transform her heart and mind. Help her to understand Your amazing love, grace, and compassion. Lead her to the point where she surrenders her life to You. May she share her testimony in the 2020s and may her testimony lead others to You. Father, meet her every need this day – physically, emotionally, spiritually, financially, and in relationships. I ask that You will stop the degeneration of her eyesight. Give her the peace and joy in her heart of knowing You personally that nothing else in this world can match. Amen.

Dear Father, Ben Shapiro, 34, is an American political commentator, author, columnist, radio talk show host, and lawyer. He is a staunch conservative who uses intellectual skills to debate liberal and progressive policies. He has annoyed many proponents of political correctness with his boldness and air of confidence as he challenges his opponents. Shapiro is married to Mor Toledano, an Israeli citizen of Moroccan descent. They have two children, a son and daughter. Though he seems to express support for the influence of Christianity on our culture, he is an Orthodox Jew who has stated that Christ’s mission on earth was exclusively to lead a political uprising against the Romans. Father, I pray that You will protect Ben and his family as he creates enemies around the country through his provocativeness. I ask that his reasoning and analysis will lead him to seriously consider the claims of Jesus Christ, that Christ came as the Messiah to save the human race from their sins. I ask that You will use the power of Christian love, as exhibited by Your church, to persuade him of the truths of scripture in ways that an intellectual debate cannot. Father, show Your love to this man and his family and lead them into saving faith. Amen.

Dear Father, David Hogg was a senior at Marjorie Stoneman Douglas High School on February 14, 2018 when Nick Cruz killed 17 students. Hogg has stated that he was in a classroom during the shooting. He has also stated that he was home and rushed to school with his camera. He is said to have used his smartphone to record students immediate reactions to the shooting. It has been reported that Hogg chose this high school to attend because of the school’s strong broadcasting facilities. In other words, David already had his eye on using the power of video to convey messages to a mass audience before the shooting occurred. In a matter of six weeks, David has transformed from a high school student into a national celebrity, advocating for gun control before large crowds and on television. He is encouraging people to register to vote against politicians who fail to take action to stop gun violence. He is blaming the NRA, and the politicians who support them, for not pursuing curbs on gun acquisition by those who are mentally ill and who have a record for domestic violence. David is receiving criticism from gun owners and second amendment activists. Many resent how the media are taking advantage of a 17-year-old, who has not experienced adult life, in order to advance their agenda for gun control. Father, it takes decades for someone to learn lessons about life and to grow in wisdom and understanding. There is no question that 30-year-old, 40-year-old, 50-year-old, and 60-year-old David Hogg will have different worldviews and perspectives than he has as a teenager. Where David does speak with godly wisdom beyond his years, use his voice and advocacy to change lives. However, I ask that You protect vulnerable and impressionable people from anything that David says that is naive or foolish. Work in his life and transform his heart and mind at an early age. Lead him to place his faith in Jesus Christ. Use his leadership and media skills to advance Your church and the message of the cross. Protect him. Provide for him. Give him godly advice. Soften his heart towards You. Amen.

Dear Father, Kurt Russell is a Hollywood actor. He has acted in over 50 films and over 30 television shows. He had a son with his first wife. He has been in a 35-year domestic partnership with Goldie Hawn since 1983. They have a son. Hawn’s two children from her previous marriage to Bill Hudson, including famous actress Kate Hudson, consider Kurt to be their father. Kurt is a libertarian, a gun enthusiast, and a vocal supporter of the second amendment to the U.S. Constitution. He is in the news because he has spoken out against the recent celebrity-fueled student activism to promote gun control. Father, I ask that You will lead Kurt Russell into a personal relationship with You. Call him to Yourself. Convict his heart and mind that he needs You. Transform him. Give him the peace and joy that comes from a personal commitment to honor You. I ask that Kurt will one day become a voice for faith in You and that many will be inspired to consider dedicating their lives to You because of his testimony. Amen.